I went to the Smoky Mountain Scottish Festival and Highland Games at the Maryville College campus for the first time ever. Despite three layers of sunscreen, I was baked to the core by an unforgiving sun and am struggling to regain energy, but every minute was justified.

The SMSF began in 1981 and changed locations a few years ago. A Scottish festival held in the Smokies and Appalachia is quite appropriate, as the area was settled largely by Scottish and Irish folks.

Music, cuisine, and linguistic qualities are all heavily influenced by the Gaelic people. Check out this site for a little history lesson. 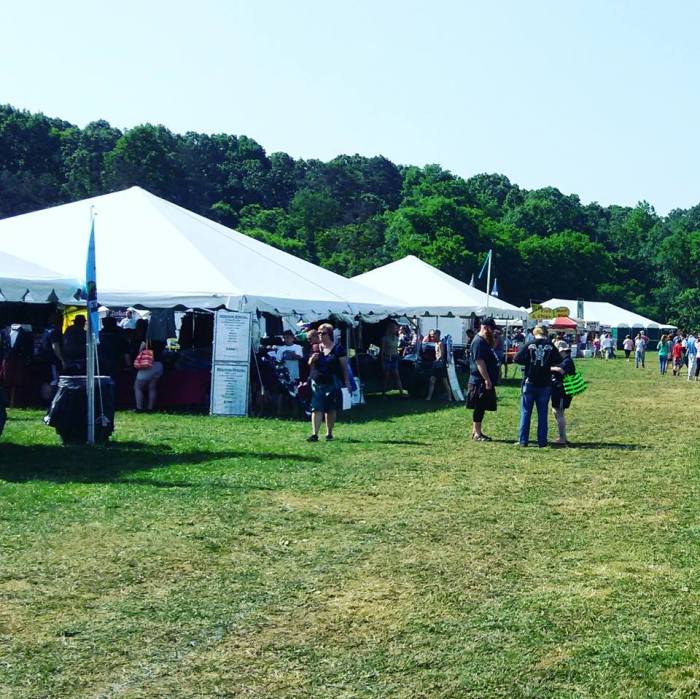 Admire the multiple bag pipes + drums bands scattered around across the fields, get your wristband, and game on. 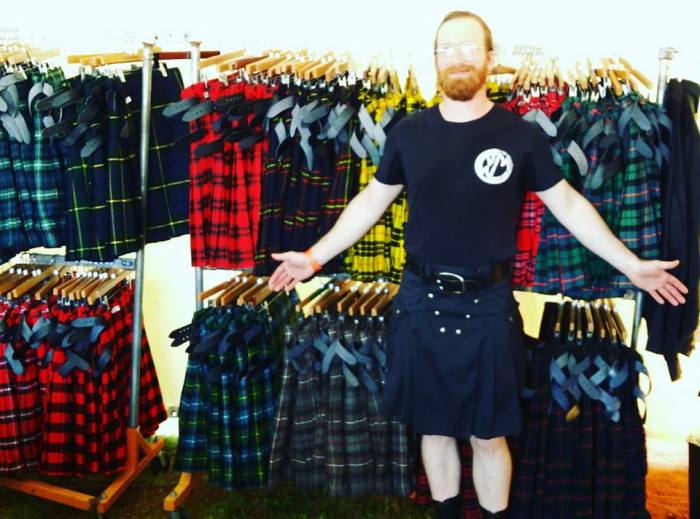 Let’s just jump right into the part about those tall, beefy, powerhouses walking around in kilts and throwing large, heavy, dangerous objects as high and far as possible. There were scores of them.

Field competitions included the Hammer & Battle Ax Throw, Caber Toss, Sheaf Toss, and Stone Put, all occurring simultaneously as a distracted (to put it politely) announcer zigzagged his golf cart haphazardly right in the middle of everything. He sometimes announced names of athletes and what they were doing while nearly plowing it all over, but we were often left guessing. 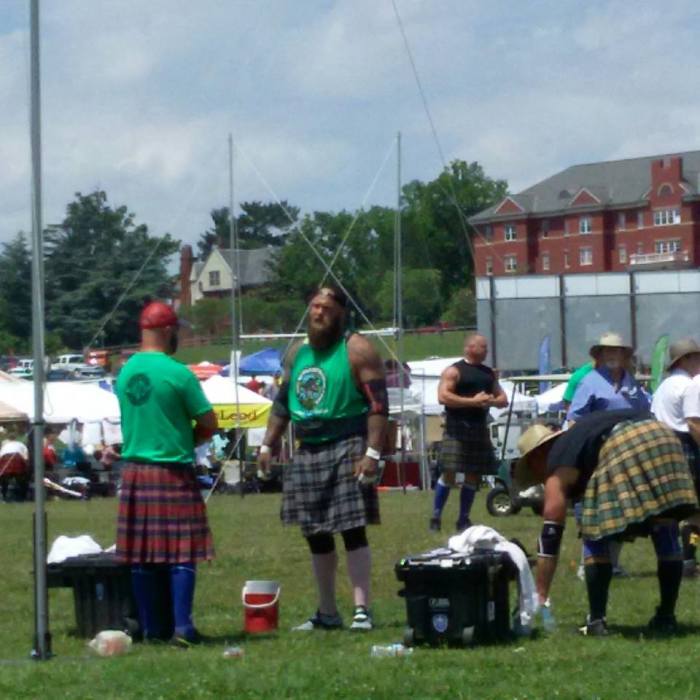 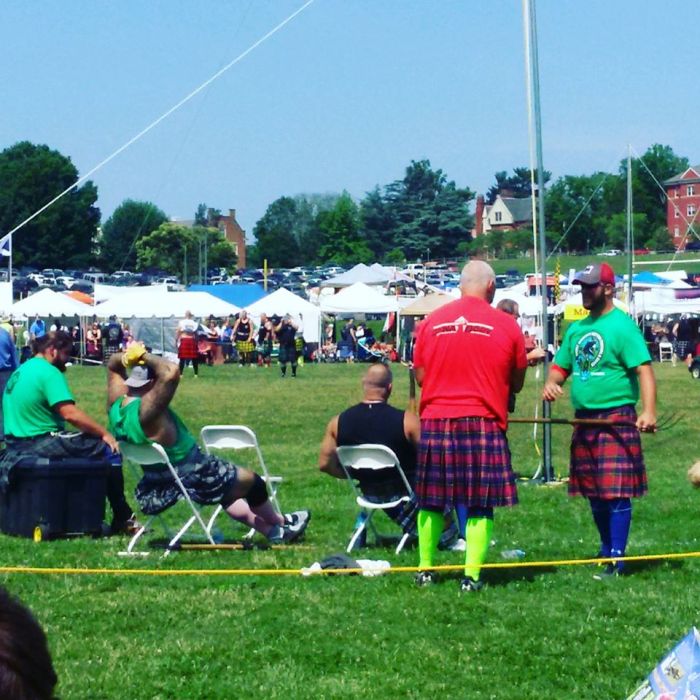 A young boy taking part in the caber toss for youths

My favourite part was the opening ceremony and mass band military tribute. Each clan showed off their tartans and musical skills, but played together seamlessly. 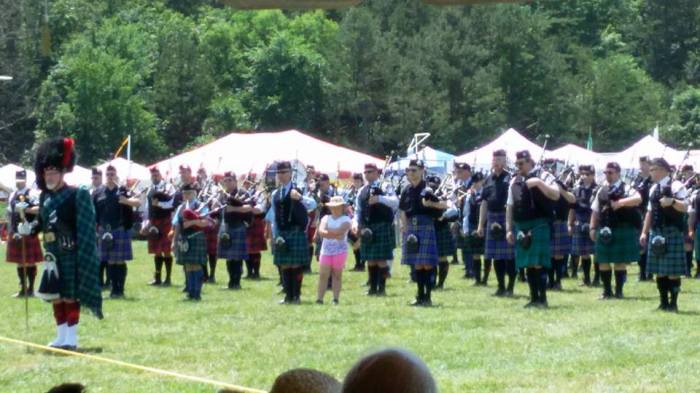 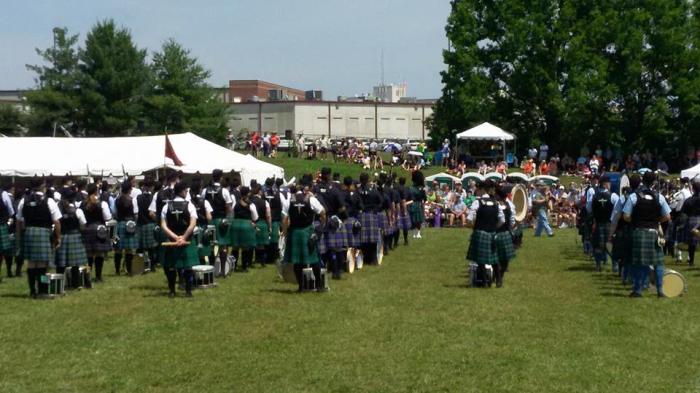 The Bonny Knees contest was my second favourite event. Judges had already been selected prior to my arrival but I managed to resolve my disappointment.

Two aisles of food vendors offered a wide variety of traditional Scottish food. We tried a meat pie, Scottish eggs (my favourite), and some fish and chips. Gaelic Ale had a large beer tent set up, and there I spent about half of the festival seeking shelter from the sun. 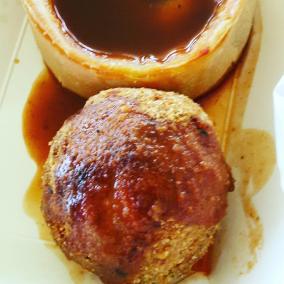 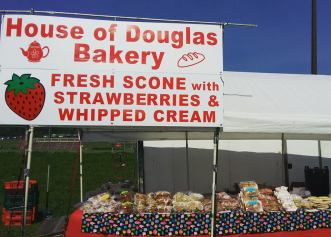 I was not feeling adventurous enough to try the haggis, but a couple of nice fellas asked to join our table and I was treated to some vicarious indulging. One of the men explained how haggis is made and how it’s common to pour milk on top before eating it. 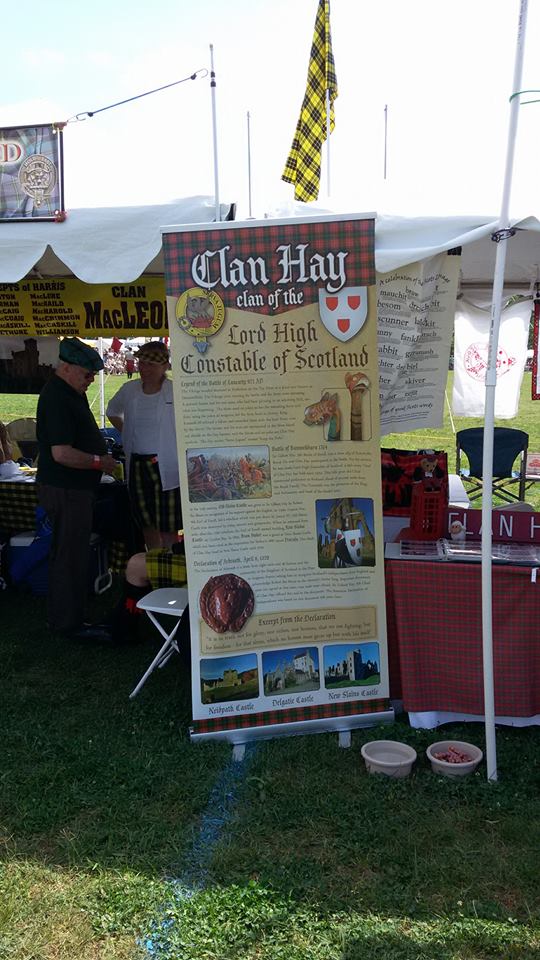 I was surprised to learn that are were so many local families who are able to accurately trace and confirm their roots to ancient Scottish clans and/or who have been thriving in our neighboring communities for so long.

My (German) heritage has always been a source of pride and celebrity for me personally, but there was never really any German-specific family history handed down to me. I do not know which exact villages my people came from or what they went through to get to the USA. I do not know what my great x8 grandmother Lulu did for fun or what she looked like late in her life.

There are heirlooms and some photos, but verified ties to specific German people and cities are hazy. Clearly this explains my envious fascination with those who know. 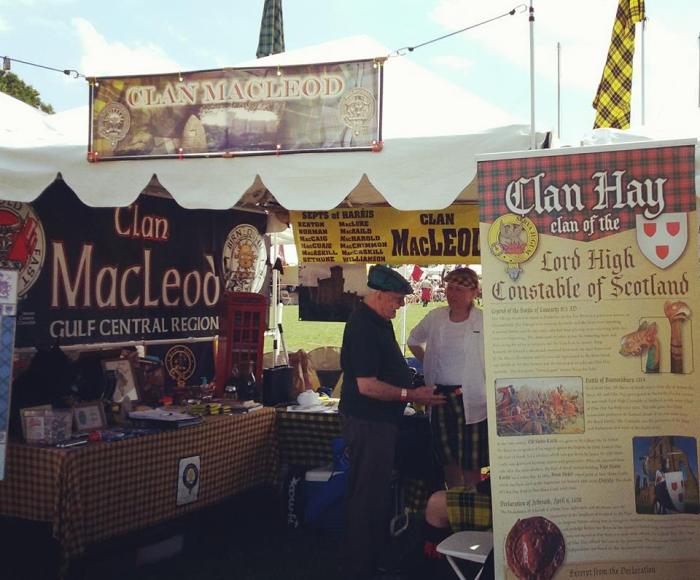 My friend Chris recognized the tent of her people right away, “the Loud MacLeods” as she calls them. 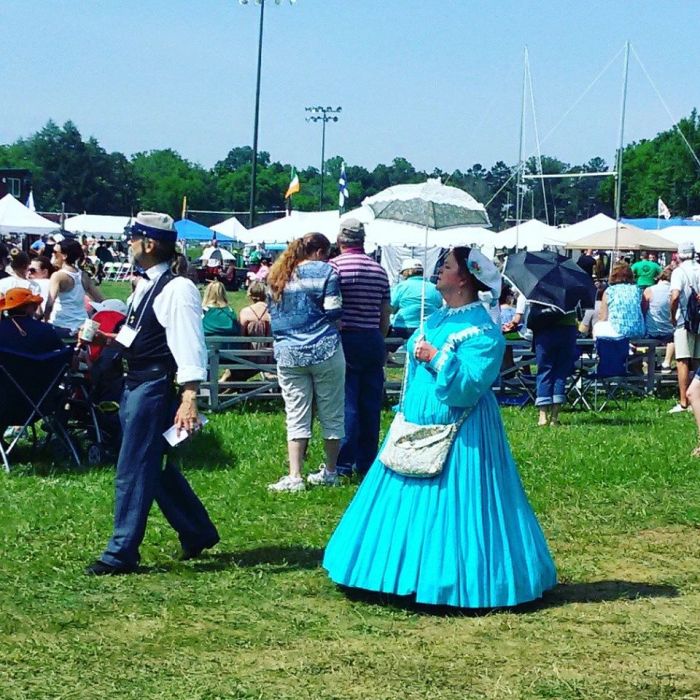 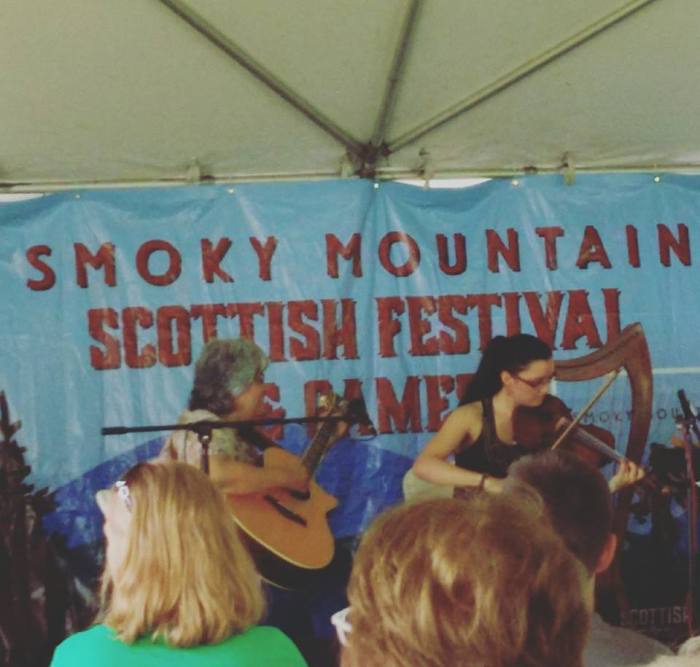 Throughout the day, there were multiple bands, sword-fighting battles, sheep and dog pageants, and track/field races. It was fun and educational, and I love that SMSF has such a strong, supportive, and growing crowd after 35 years.

The Smoky Mountain Scottish Festival is a cultural jewel of Appalachia.

One thought on “Blood, Sweat, and Haggis”