Presented with a request for Caribbean food, I could not pass on an opportunity to insert this scene from one of my favourite films in the subsequent blog entry.  #beetlejuice 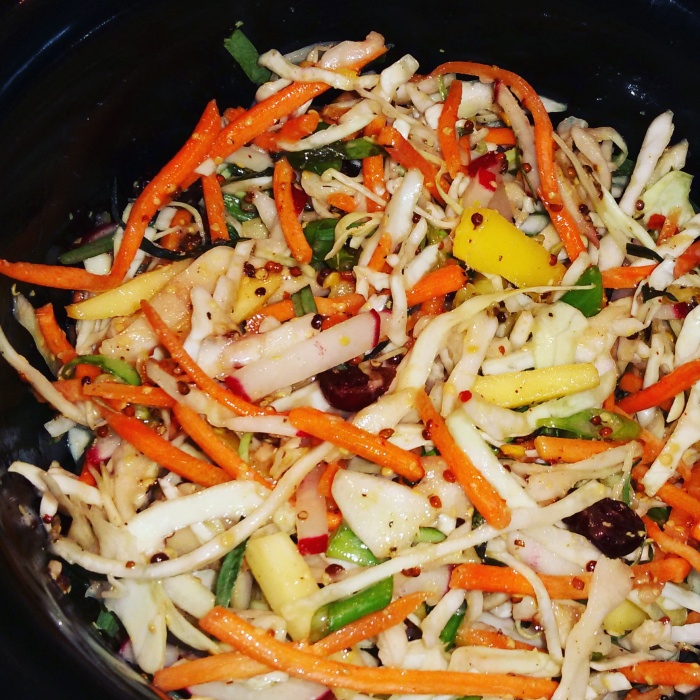 Chipotle-Lime Shrimp & Grits
I have only made grits once before, but my Mississippian friend gave them his Southern Seal of Approval (TM). I used stone ground grits, one stick of butter, four ounces of heavy whipping cream, and two minced cloves of garlic.

For the shrimp, I used Wildtree’s chipotle seasoning, lots of fresh-squeezed lime, and half a stick of butter.  Use a melonballer to make neat little spheres with the grits, or if you feel REALLY fancy, use an ice cream scoop to make an upright cylinder and pour the shrimp inside.

Roasted Veggies and Jerk Chicken
Harissa is a delicious, earthy pepper blend commonly used in South Africa and the Middle East, as well as the Caribbean islands. I roasted some fresh squash, zucchini, carrots, onions, and sweet potatoes in harissa and drizzled them with coconut oil. 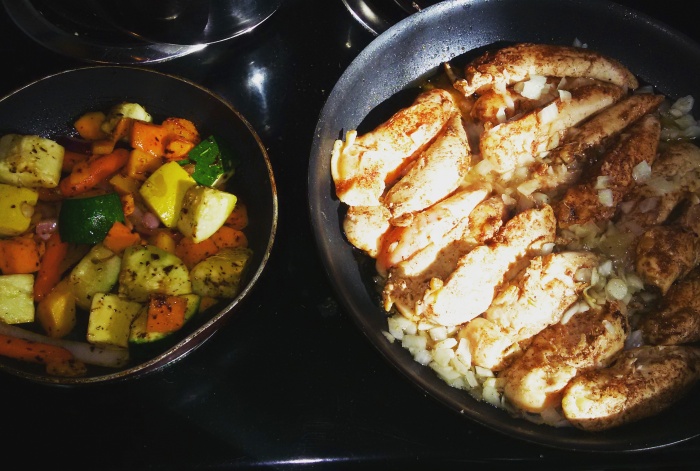 For the chicken, I used Wildtree’s jerk season blend and added a little more cinnamon. I like to coat both sides of the chicken in the spice and let it sit covered, on low heat, for about ten minutes each side before turning the heat up high and adding onions. 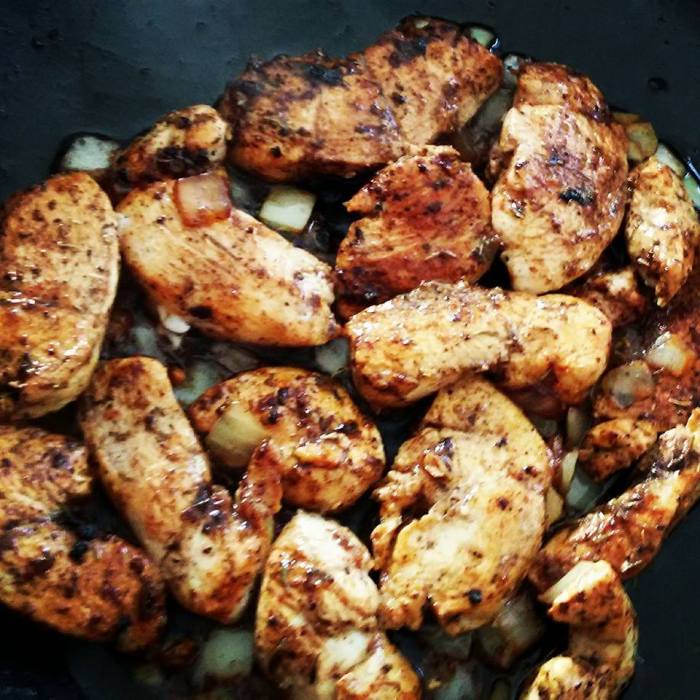 Finally, I made some mixed wild rice with cilantro and lime, and some black beans with minced garlic. I sliced pineapple, mango, and spicy smoked beets, then we started building our plates.

He already ate half of his while I was busy taking photos. Best compliment ever. 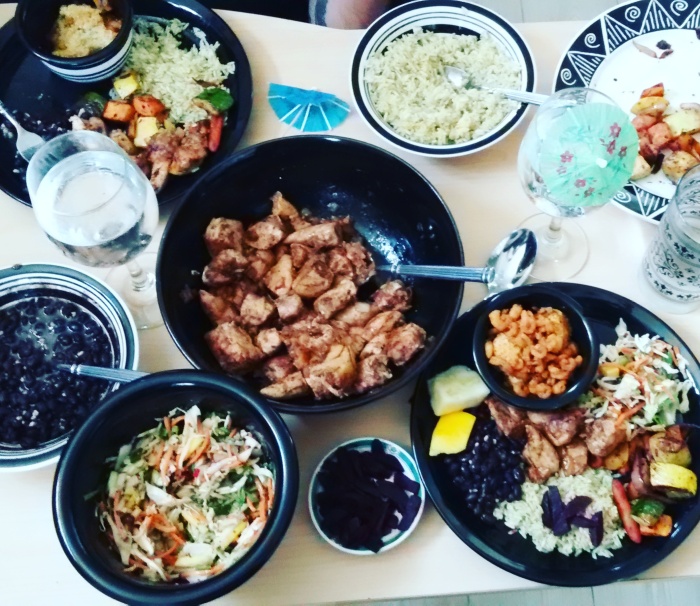 We ate so much that we failed to leave room for dessert, so we drank coconut seltzer slushes instead.