Driving through the Burren along the Wild Atlantic Way filled me with genuine awe. I live in the United States and have traveled around the globe and back, but have never ventured west to the canyons or deserts in my own country. This type of landscape was completely alien to me.

Today we made our way from Ballyvaughan to Doolin; a town on its own, but also the main harbor for cruises to the Cliffs of Moher. The weather was warm by Irish standards and the sky was clear.

Our half-hour route was a straight shot down the coast with no navigational duties required of me, so I just sat back and enjoyed the ride.

Doonagore Castle
We passed a curious tower and pulled over to investigate. This 16th castle is named after Dún na Gabhair, which is a fort on top of a huge round hill. 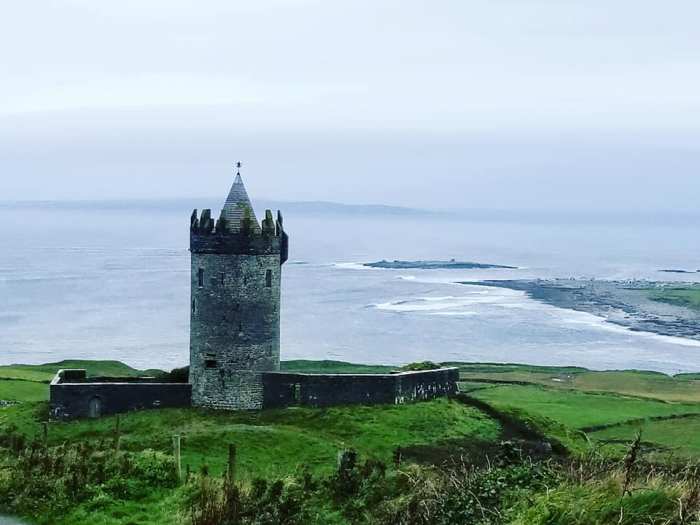 Doonagore is a private residence so we could not visit it, but we enjoyed the walk down and the view of the Atlantic.

Our stomachs were growling when we arrived in Doolin. Partly because we were so fascinated with the scenery we did not stop for lunch, but also because we had been holding out for a place that served Colcannon, Bangers, and Guinness Stew.

Our host back in Bell Harbor had laughed at us as she explained that the culinary tastes of Ireland have changed. No one wants the cabbage and potato casseroles their mum makes anymore, they want curries and pastas and fast food. We held out anyways and Stonecutter’s Restaurant was just the right place.

At Stonecutter’s, we found the fish cakes over béchamel and the hearty Guinness stew of our dreams. Now we were ready for the main event. 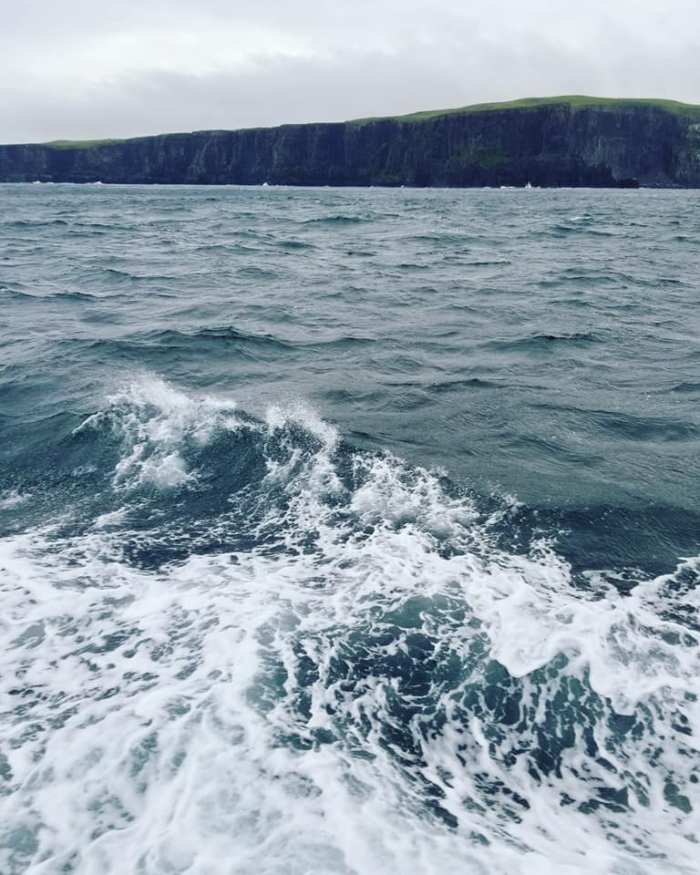 Out on the water it was frigid, and the wind was so heavy it kept knocking the breath out of us, but I loved every second of it. I made this video: 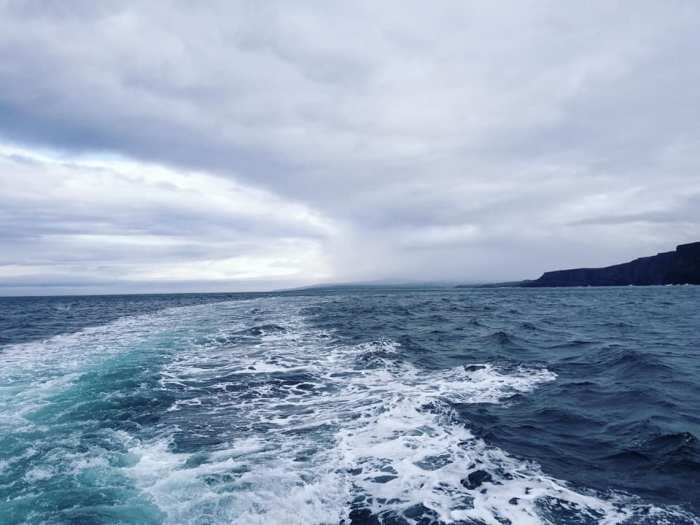 Our ship took on around two dozen people from all over the world, and when the cliffs came into view everyone cheered.

The detached rock tower is known as Hag’s Head. From the top of the cliffs you can see the Aran Islands and the Twelve Bens mountains of Connemara in the distance. 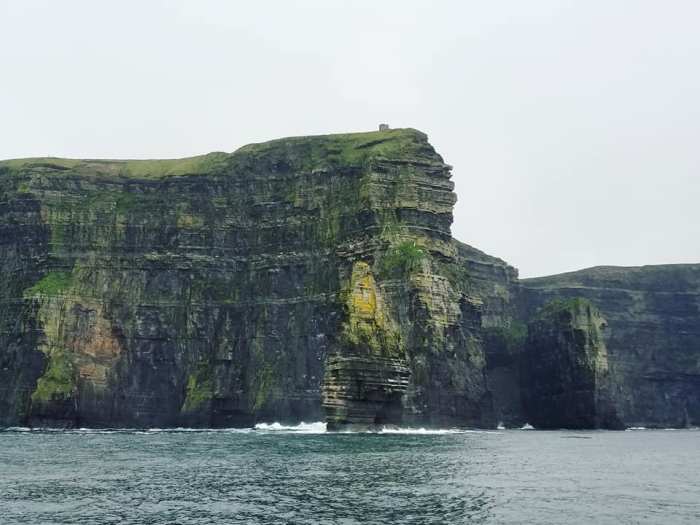 Here is another video I recorded with some fancy youtube music added:

Doolin Pier
The rocky beaches of Doolin Pier are full of limestone boulders that you can climb around or sit on. 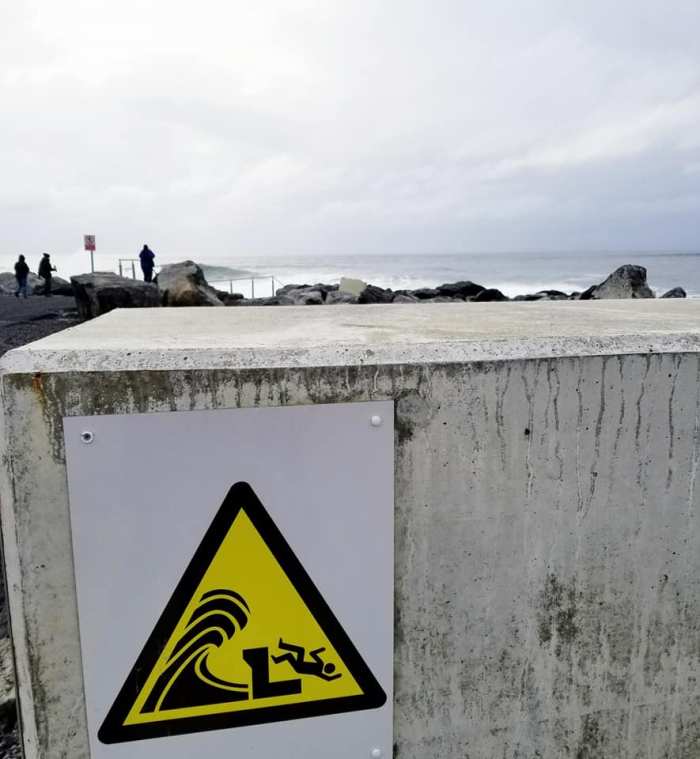 I felt completely at peace with the cool weather, grey sky, crashing waves, and furious winds, but you must be careful not to get too close to the edge of the rock walls.

The limestone formations here are considered to be the youngest in the region, and they are full of strange impressions and fossils that I later learned were crinoids. 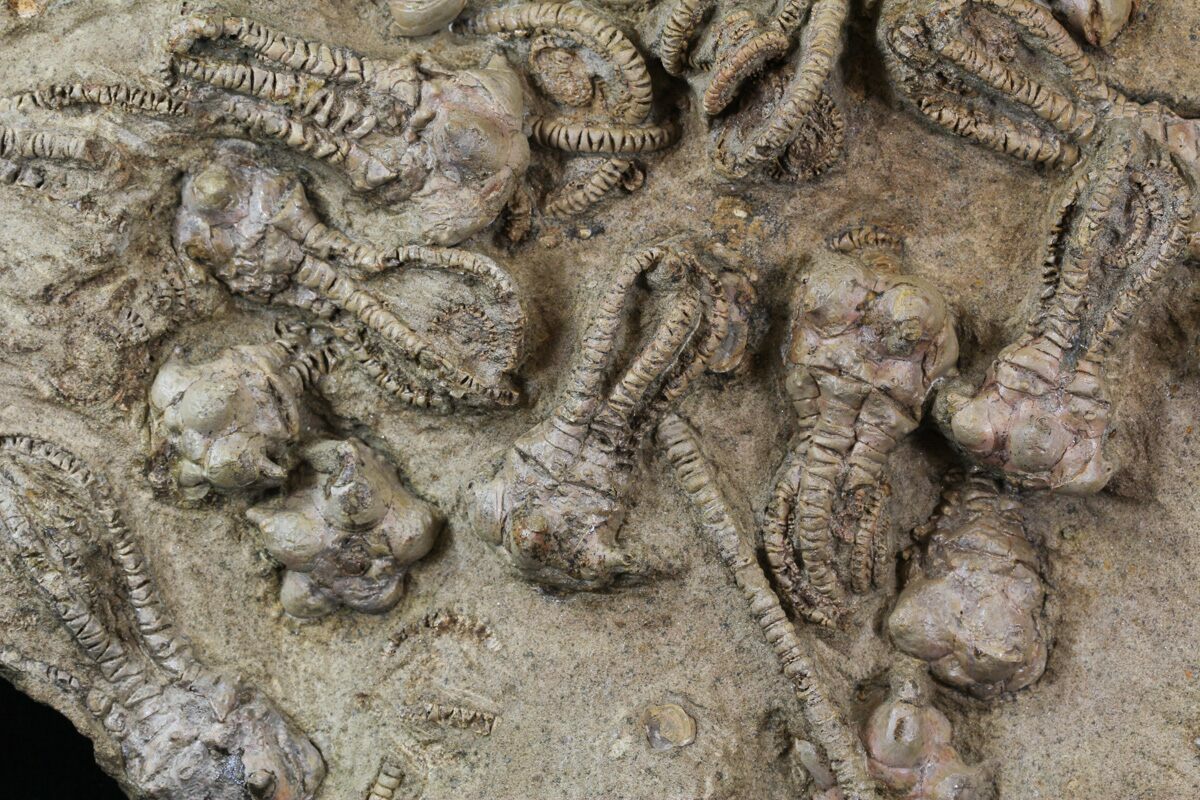 We left for Limerick and finally to Shannon where we stayed over. Our host runs a recording studio/venue and entertained us with a personal mini-live performance and taught us how to play the bones.

It was our last night in Ireland and I was drowning in that awful wave of panic, exhaustion, regret for what I did not do, and exuberance for what I did. I was full of dread about the next day’s long flights, long drives, and general international return transit misery, just as I am at the end of each journey.

But with all that racing through my mind, I fell asleep, and slept hard.
We would be leaving Shannon Airport first thing in the morning, and touching down in Atlanta.

In the area for a while? Follow me to Renvyle, Kylemore Abbey, Connemara, or the Burren.

4 thoughts on “Doolin & the Cliffs of Moher”