Cove Lake State Park is one of Tennessee’s 12 State Parks and is located in Caryville, less than 30 miles north of Knoxville. The land may be ancient, but its man-made lake is the result of the Caryville Dam project back in the 1930s. 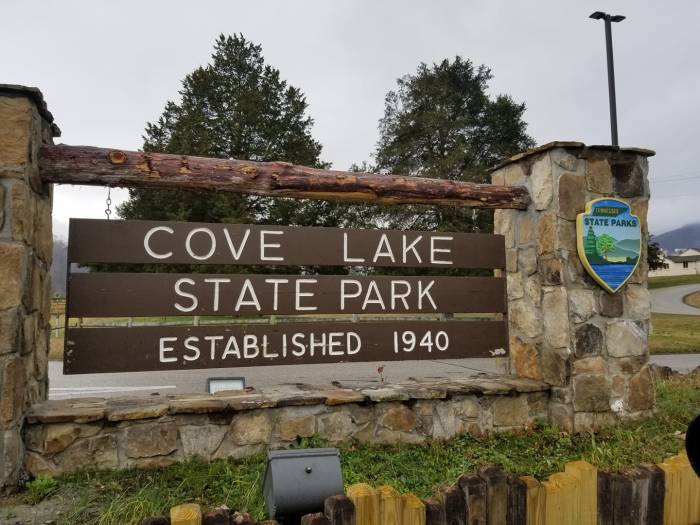 Nearly 700 acres on Eastern side of Cumberland Mountains were acquired by the Tennessee Department of Conservation in 1977. Cove Lake is technically the easternmost part of Norris Lake, an extension of the TVA Norris Reservoir that dumps into the Clinch River.

My song for this entry is “Come Undone” by Duran Duran, just because.

We visited during the month of February when it was cold, rainy, and while the mountains were rolling out this eerie and beautiful fog. 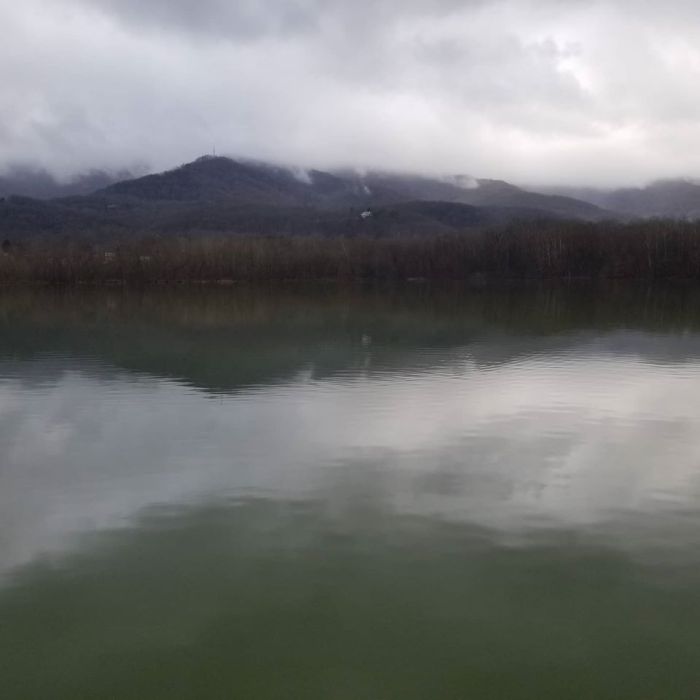 We walked a couple small trails that wound through the woods and different wetland settings. Even in the winter we could see diversity in plants and lots of birds. 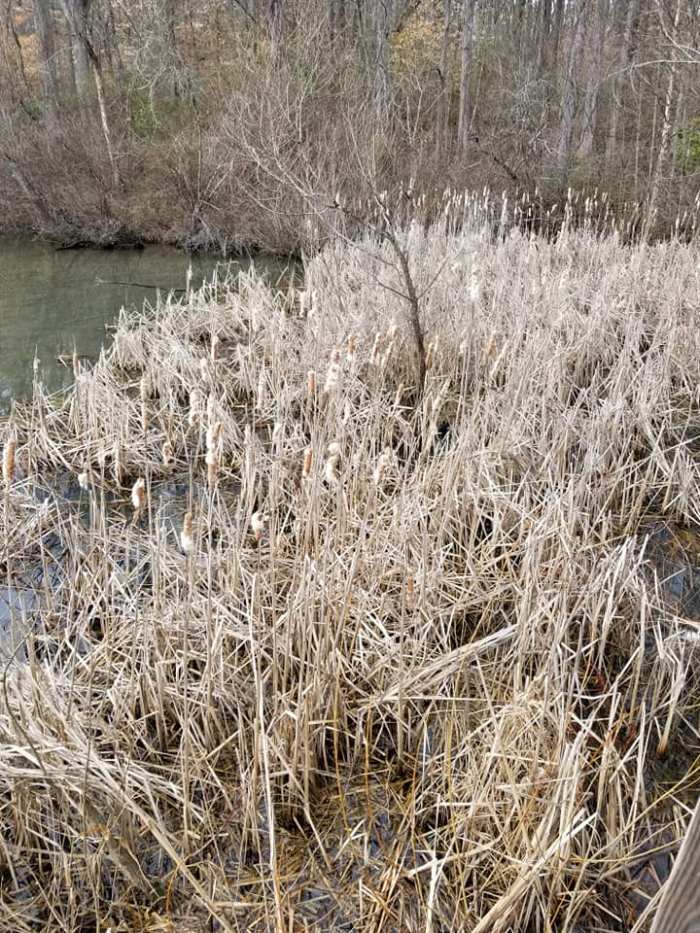 I was drawn to this particular group of trees with vertical branches:

Half of the seven miles of trails here are neatly paved for walking or biking. Check out the trail map here.

Remnants of Indian Mounds were discovered here by a UT Knoxville excavation in 1937. It is believed that they originated from 1000 to 1200 AD when Native Americans inhabited Cove Creek.

Cove Lake is a popular spot for paddle boats, fishing, and wildlife/bird watching. The trails here also connect to the Cumberland Trail, Tennessee’s first linear state park that stretches over 300 miles from Cumberland Gap to the Chickamauga-Chattanooga National Military Park near Chattanooga, TN.

Some of it is still under construction, and it is constantly expanding and being improved, so it is a hot topic among ambitious hikers from all over the world. I found an FAQ with a Cumberland Trails ranger on YouTube:

On the quieter side of the lake, a short trail leads to an observation tower. We struggled a bit in the deep, slick, grey mud but went for it anyways. Definitely wear rubber boots if it is rainy.

It was peaceful here despite its proximity to the main road, and we could see schools of small fish in this shallow area. 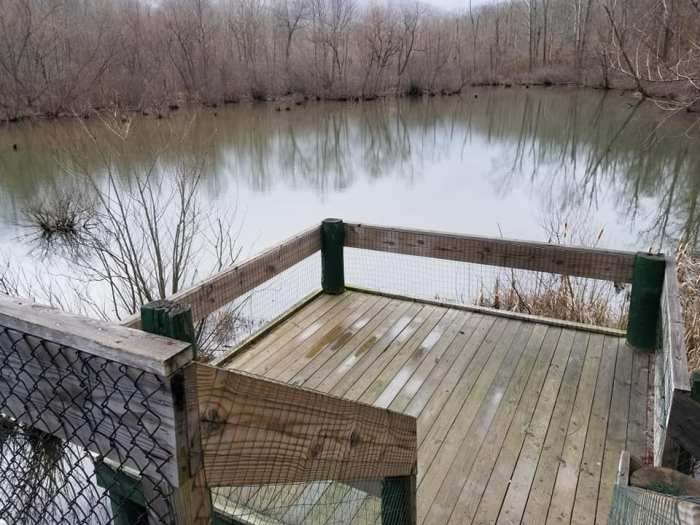 It started raining again and the rain droplets looked like glitter falling into the lake.

Walking through the wetlands side of the trail nearest to the highway, there is an installation with the Story of the Oak Tree. At first I thought it was just an interactive bit for kids, but we got sucked in.

Halfway through the trail I had become invested, and my heart broke a little bit when the story ended.

We did not explore the campgrounds but there are over 100 camping sites and several large pavilions, an Olympic sized pool, and an ADA playground.

I have been told that some of the geocaches in the area are pretty interesting, so we will be returning in better weather.

Staying in the area for a while? Check out the nearby town of Norris, the Norris Dam, and Norris Dam State Park!