Bad Kötzting is a town in Chem of Upper Bavaria, Germany near the border of the Czech Republic. After an extremely short visit, this place remains elusive in my memory.

It was dark already as we left München, but there was just enough light from the moon, stars, and snow on the mountains to illuminate parts of the landscape on the way.

I was amused by the 150 km (93 mph) signs posted on the Autobahn, which are more of a general suggestion than a rule. In other words, we were going so fast I could not take any photos.

A friend took me along to one of his shows at a rad place called Kultur-Bahnhof Koetzting (“KBK” in this blog). Formerly an actual Bahnhof (train station) that was built in the late 1800s, it is now a unique music venue, especially for the avant garde and experimental.

KBK has been renovated to support the bar, kitchen, stage, and sound system, but the rest appears to be in original form. I am impressed with the artwork on the walls and how well-preserved the space is. 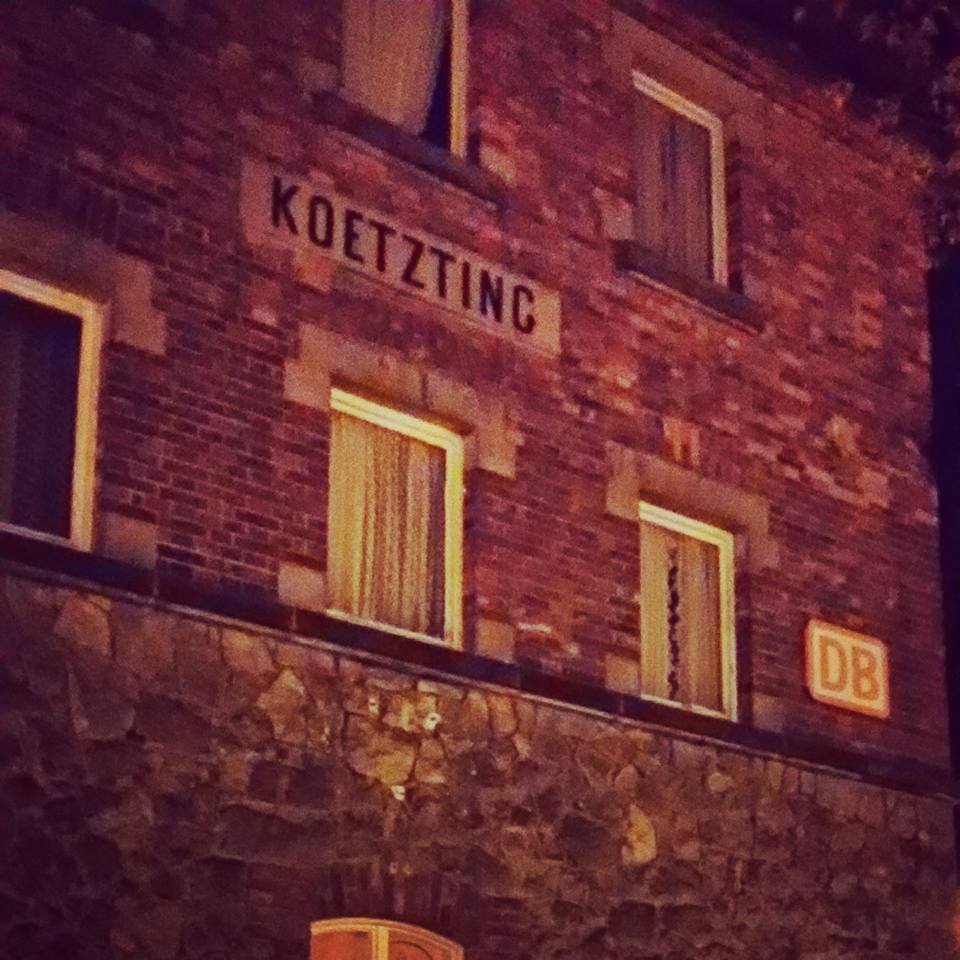 We were welcomed by the bar manager, whose charm and hospitality made me feel at home right away. He introduced me to a few types of locally-brewed coffee and beer, like the locally famous Lindner Bräu.

The brewery is not much for advertising and it was hard to find much about them on their social media, but the beers are delicious.

Bad Kötzting itself is a bit under the radar as well. I was not able to find much information about it online in my search, even as a German speaker. I’m left with a dreamy sort of Twilight Zone feeling about the town. I know it exists! I was there and had a wonderful time!

While my friend set up his microphones and instruments, a fellow tipsy patron bellied up to the bar and told me wildly entertaining stories about his home city of Augsburg. I had plans to visit Augsburg, but days before the trip a story made the news about officials discovering WW bombs that had not been detonated, and the whole town was evacuated. So maybe another time for Augsburg.

The bartender arrived and nudged me into sampling a few more local brews, and before we knew it, the place was completely packed.

Space inside is limited, but the outdoor patio has plenty of space under the station’s original train stop shelters.

As the night went on, I met more intriguing new people  from Turkey, Spain, and Czechia, plus a man from France and a lady from Poland that I am still connected with years later.

My friend enlisted me to sell albums, stickers, and t-shirts to his fans while tipsy, speaking my non-local dialect German and operating in a totally different currency system than I typically use. Naturally, I aced it. 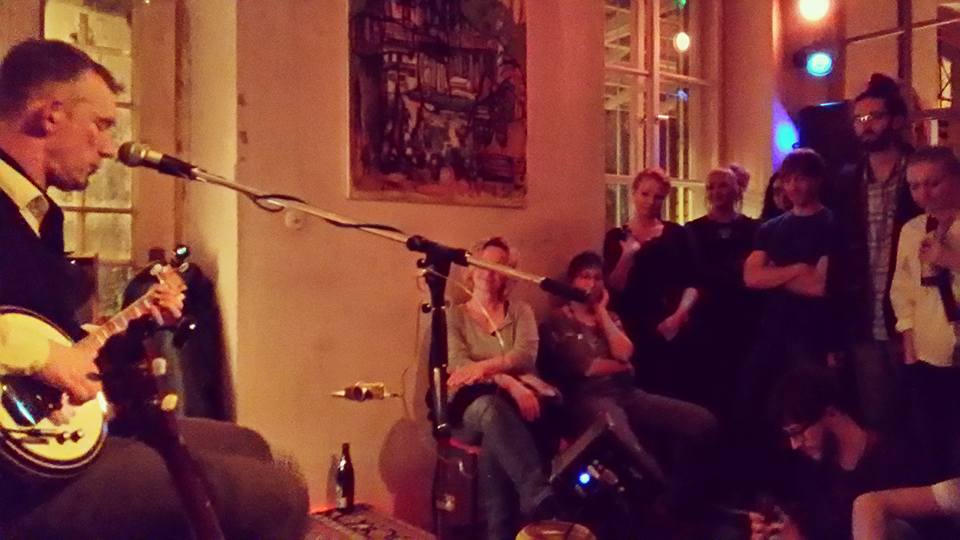 An attentive crowd watches and listens with anticipation

Kultur-Bahnhof Koetzting is unique and hip, but also intimate and fertile ground for conversation. Guests often sit in the floor talking while others dance on or near the stage. More than a few times I was invited to dance or join in a circle, and people seemed to be quite curious about each other.

I learned that a large percentage of the “regulars” drive there each weekend from other German and Czech cities, which explains the awesomely diverse crowd.

The staff made us some delicious Pizza Hawaii that we finished off on the journey back to München. I am not sure what else there is to do in Bad Kötzting or what it looks like in the daylight, and perhaps I never will. Let’s not ruin the magic.

2 thoughts on “Alles Gut in the Town of Bad Kötzting”