Moscow’s historically bohemian Arbat district is where ancient rulers charged their caravans into town and tradesmen followed route to sell their wares. It was first mentioned in literary works as far back as the early 1400s.

“The Arbat” refers to the Arbat district and the Ulitsa Arbat which is the main street that runs like an aorta through the historical old staryy district. This is much different from the new novyy Arbat, primarily referring to the highway that was pervasively paved out right in the center of the Arbat during the 1960s.

Photo shared from The Skyscraper Center

With this new highway, a large portion of the historic district was destroyed, but it eventually led to the old Arbat becoming a pedestrian area with a non-typical Russian tolerance for personal freedom and expression.

You can take either Arbatskaya or Smolenskaya (below) metro stations to visit.

My pick for this entry is Russian post-punk band, Kino (Cinema) and the song “Gruppa Krovi” (“Blood Type):

Staryy Arbat (Old Arbat)
Ulitsa Arbat is one of Moscow’s oldest streets, and its constant use by military has attracted countless battles over time. It is rumored to be under constant surveillance still today. This mural of General Georgy Zhukov, a Russian WWII hero, leers over visitors.

Many of the smaller side streets are named after craftsmen and their trades such as Plotnikov (Carpenter), Kalashny (Pastry Chef), and Serebryany (Silversmith) lanes, paying tribute to the area’s original residents.

A devastating fire ruined many of the original Arbat buildings in the 1800s, and over time, new ones were constructed in varying architectural styles. What is commonly called Brutalist architecture began creeping into the city centuries later, so most of these buildings are Renaissance, neo-Gothic, or other classic designs.

During Stalin’s reign in the 1930s-50s, the Arbat was used as the primary route of officials to and from the Kremlin, and many of them were stationed or resided nearby.

Anatoly Naumovich Rybakov’s Children of the Arbat details the fear and uneasiness of life in the Arbat under Stalin’s repression. It was a decades-long struggle before the book was finally published, due to the government’s strict ban of criticism. The Past and My Thoughts by Alexandr Gertsen (aka Herzen) is also filled with imagery of the old Arbat.

Today a visit to the Arbat mimics big city train stations, summers in the French Quarter, and beach town piers with musicians, painters, and caricature artists sporadically stationed and ready to take commissions.

Of course none of this was permitted until the late 80s, when Gorbachev called for his Glasnost & Perestroika (Restructuring and Openness) movement, and Russians were finally allowed to express themselves as individuals.

My favourite performers in the Arbat were these two musicians playing a haunting melody on sound plates. I stopped and stood in awe for what seemed like half an hour.

When you have had your fill of shopping and have posed with all the human statues and costumed royals, steep yourself in some of the Arbat’s real history.

The RSL
Russian State Library was built in the 1860s and is the second largest library in the world. Visitors over age 14 can visit and join the library to access its nearly 50 million books in nearly 400 languages.

With 36 separate reading halls across multiple connected buildings, it is so large that it has its own system of above and underground “trains” with rail carts that transport books from one massive building to the other like a miniature city!

Here is an absolutely ridiculous video someone made by remixing a Russian minimalist electro/noise track with a documentary about Stalin’s Seven Sisters. In this remix, the Sisters are reclaimed as the Seven Sisters of Putin and there are a few clips of the Shirtless Horseman himself. I… just watch..
.

Spaso House
The Spasopeskovskaya House was built in 1913 and has been the ongoing residence for US Ambassadors to the USSR, then to the Russian Federation since its founding. Inspiration for Bulgakov‘s Walpurgisnacht Ball scene came from a legendary party, or perhaps a conglomeration of parties, that Bulgakov attended here.

There are numerous tales of runaway exotic birds, drunken bears, seals hijacking trays of champagne then escaping, tying up Moscow’s entire police force in the search party. Countless espionage stories unfolded here, and some things have neither been confirmed or denied to date.

If you are a Bulgakov fan like myself, you can also visit the Bulgakov Hotel. This is allegedly the site from where Margarita flew out of her window on a broomstick into the night. Check out my entry Exploring Moscow: Bulgakov, Brick, and Borsch. for more Bulgakov sites of interest in Moscow.

A large golden house on Nikitsky Boulevard keeps Gogol’s memory alive. He briefly lived here until his death in 1852. We were not able to visit unfortunately.

Pushkin House
The father of Russian literature, Alexandr Pushkin, once resided with his wife at 53 Ulitsa Arbat. Tchaikovsky also lived in this light blue house for some time afterward, and Tolstoy lived around the corner.

If you are really a Pushkin devotee, be sure to visit the Pushkin Museum. It is about a 20 minute walk or a 5 minute car-ride from the Pushkin House and the enormous sculptures and installations inside are humbling.

The Torture Museum and the Museum of Death are odd museums. Some exhibits are genuine torture devices that spooked us, and others were goofy Halloween party jump scares. It might be too much for some, but a relatively short visit was entertaining.

The Museum of Illusions, Giant’s House, State Museum of Oriental Art, a Rope labyrinth, petting zoo, and huge theater are among other attractions you can visit.

Princess Turandot Statue in front of the Vaktangov Theatre

After retracing the steps of Russia’s great writers and satisfying some odd curiosities, pay a visit to one of its greatest punk/post-punk musicians, Viktor Tsoi.

In the 1980s, Viktor Tsoi and his band Kino were all the rage in the Soviet Union. Tsoi also composed and starred in a film called The Needle, which is thought to allude to escaping political oppression as much is it the lead character escaping drug dealers.

Kino served as a symbol of hope for intellectual freedom and self expression, and further established their fame by touring and starring in film. Kino (Russian for cinema) was on the same star level as the Beatles and Nirvana were in other parts of the world. 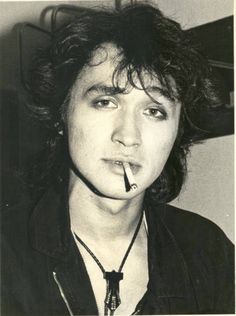 Tsoi was killed in a tragic motorcycle accident in 1990 that is still surrounded by conspiracies of assassination and silencing. Officially, he fell asleep at the wheel from exhaustion.

Fans were left confused, shocked, and absolutely broken-hearted. People still show up each day to leave cigarette butts in an offering dish and to scrawl song lyrics or adoring messages to the Patron Saint of Post-Punk. RIP Viktor Tsoi.

You can read more about his music and the role he played in bringing down the USSR here, here, and here.

If Russian/Slavic post-punk and synth rock is your thing, feel free to check out this playlist I put together. There are so many more bands, and this does not even include actual punk rock. I will be adding more to it when I find the time so stay tuned.

There is so much more to see in the Arbat district, this does not even come close to being an all-inclusive guide. Just walking the entire mile of Ulitsa Arbat could take some time, but each city block brings new temptations and side streets to wander down.

I leave you with the district’s theme song, a ballad written by Bulat Shalvovich Okudzhava that can be heard all over the Arbat.

4 thoughts on “Staryy Arbat: Punks, Spies, and Bourgie in Moscow”