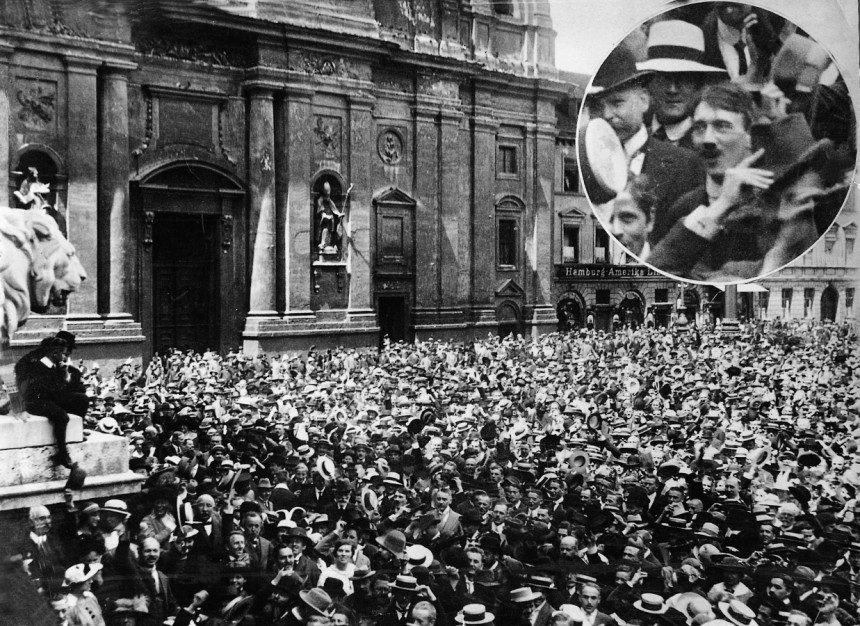 One particularly foggy night in München required Adolf Hitler to take the train home instead of a car. It was November 1939, and an anti-Nazi activist named George Elser had planted a bomb. Hitler was giving a speech that night but it was abruptly cut short in order for him to catch the train. He left just minutes before the bomb went off.

My song for this entry is Tomahawk’s “God Hates a Coward.”
To Hitler:

Years earlier in 1923, Hitler organized a coup to overthrow the Weimar Republic, holding three of its leaders hostage. When his demands were met, the officials were released and Hitler’s entourage set out to celebrate and wreak havoc on the town.

Sixteen Nazis and four police officers were shot in the entanglement that followed. Hitler took a bullet to the shoulder and fled in a getaway car like a total coward, leaving his fellow party members to die.

Photo of the Bürgerbräu Keller taken by Heinrich Hoffman via Bundesarchiv.de

The coup was known as the Beer Hall Putsch and was considered a total failure. It took place at the Bürgerbräu Keller in Odeonsplatz, a large public square in the heart of Munich. It was later bombed, but a small concrete memorial marks the square in honour of the four police officers who died combating Nazis.

Odeonsplatz was once the political capital of the Nazi party. This is not a celebrated fact in Munich so do not expect to find any advertisements.

Inside Odeonsplatz is a structure called the Feldherrnhalle, the Field Marshall’s Hall, guarded by two lions. The lion on the left stares boldly toward the East with its mouth open, symbolizing free speech. On the right, this lion sullenly toward the West from a more Eastern angle (one might imply the Eastern Bloc) with his mouth sealed shut.

The sixteen Nazis who died in Odeonsplatz were briefly interred at the Feldherrnhalle. Guards stood in place to ensure that anyone who passed by saluted them, as mandated by Nazi orders.

People who just could not stomach this often detoured along the Viscardigasse which bypassed the Feldherrnhalle and its beasts. Viscardigasse was known by locals as Drückebergergasse (deserter’s alley) and walking it was a very dangerous choice to make. Today the path is bronzed to commemorate their brave acts of defiance.

Dark history aside, Odeonsplatz is a beautiful square. King Ludwig I was enamored with Italy and commissioned the square in the Italian neo-classical style. The Feldherrnhalle itself is a replica of the famous Loggia dei Lanzi in Florence, and was constructed in the 1800s as tribute to King Ludwig I and his Bavarian army. 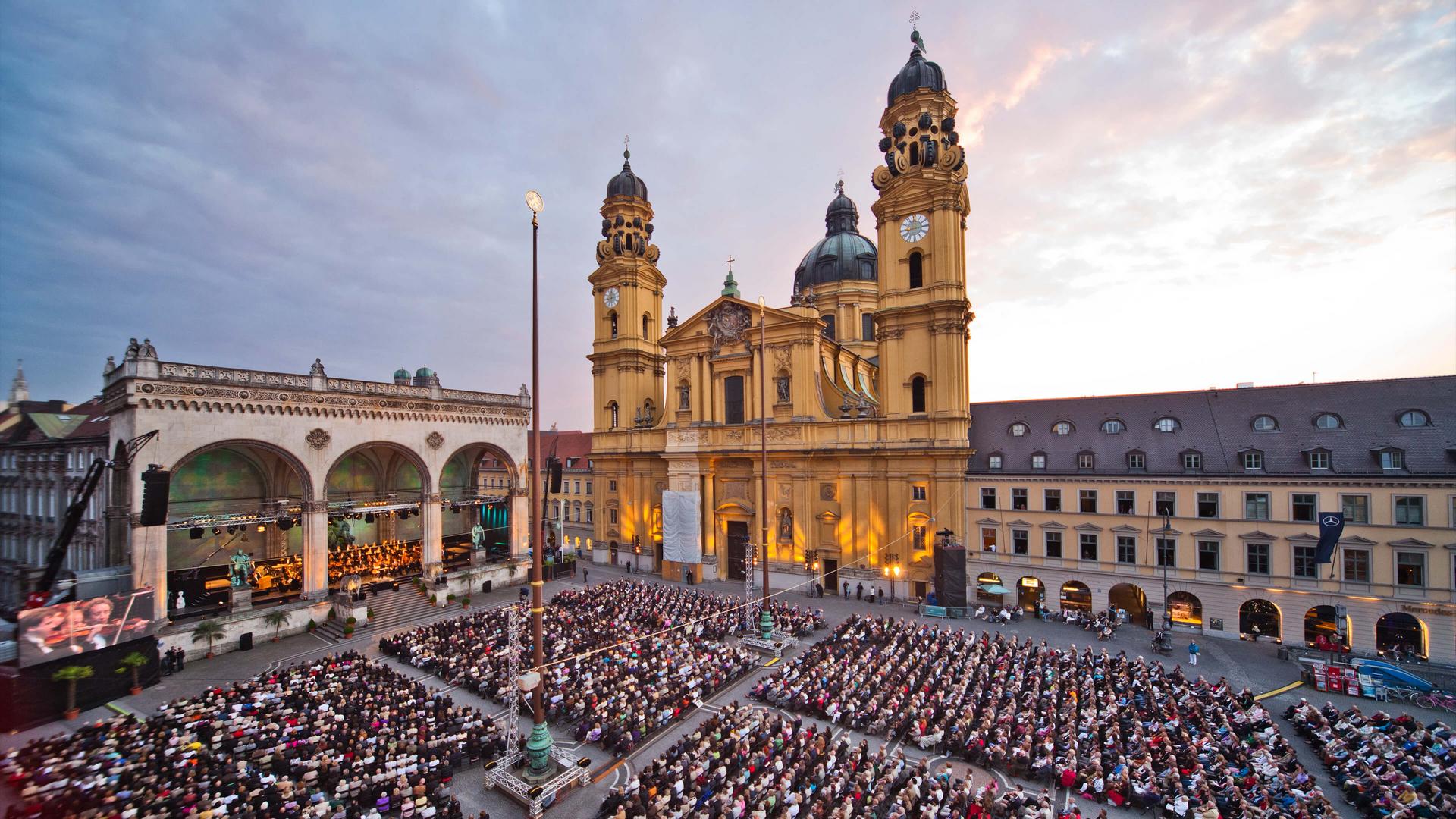 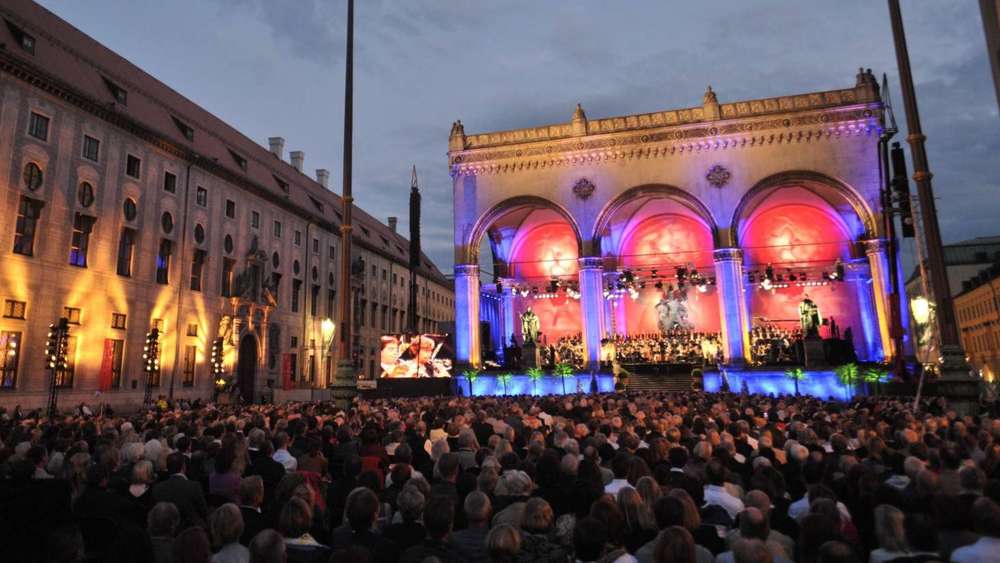 Odeonsplatz is surrounded by rich history and landmarks including the Residenz, Hofgarten, Nationaltheater (State Opera House), Wittelsbacherplatz, and Max-Joseph-Platz. Maximillianstraße and Theatinerstraße are both packed with seriously high-end stores if inflated prices and flashy name brands are your thing.

Check out this awesome 360 degrees video of the area!

2 thoughts on “The Beasts of Odeonsplatz”