I credit my grandfather for planting those first seeds of desire for travel in my mind. Roger was a military man turned sales executive for a large chain department store, and he was passionate about road trips, filming, and telling stories.

He was also a chain smoker and passed away from cancer when I was very young. It took over a decade before I was able to put my thoughts into some sort of prose, but I finally did. 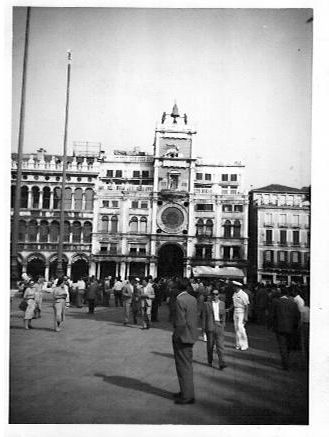 To Roger
My grandfather died when I was nine years old. I woke up seconds before the phone rang in the middle of the night. I already knew.
I used to sit as close as I could get to him and interrupt his work, his news, his shows, his potato peeling, his naps, and later on, his chemo. I listened while he told me about his time in the military and his travels. I must have driven him crazy.
I stared intently at these photos in black and white, committing every monument, fountain, and statue to memory. I was fascinated and determined to see, smell, and touch everything for myself. I wanted to experience the languages, the architecture, the air, the food, the markets, and to wander up and down those same streets.
He spent so much time on the telephone for work. I used to sit on the floor in his office impatiently waiting for him to hang up.  I watched him drop quarters into his globes and spin them around the axis and I, pretending I was one of them, spun around him in circles. 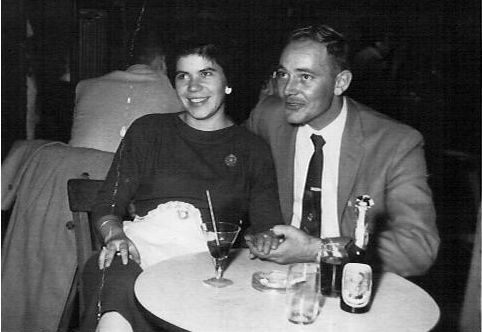 If you have any information on the exact locations in the photos below, please contact me. I am planning a trip to retrace his steps, as well as visiting the Aargau region where my ancestors lived. I welcome all suggestions for Switzerland and Italy in general.
Geneva, Switzerland 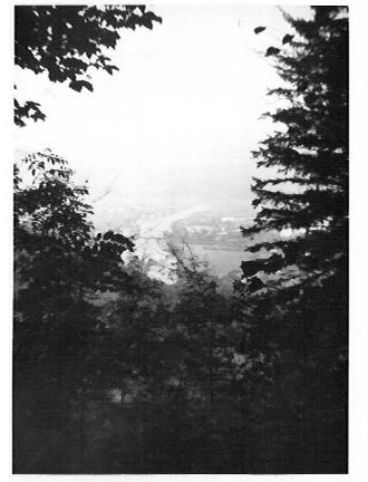 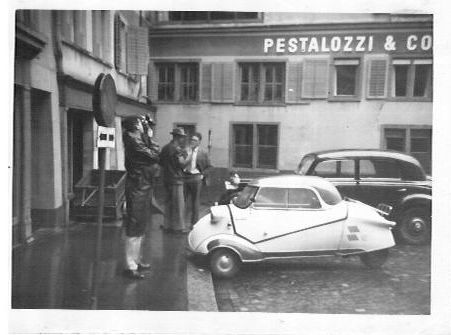 Peering into the abyss of the bell tower well. 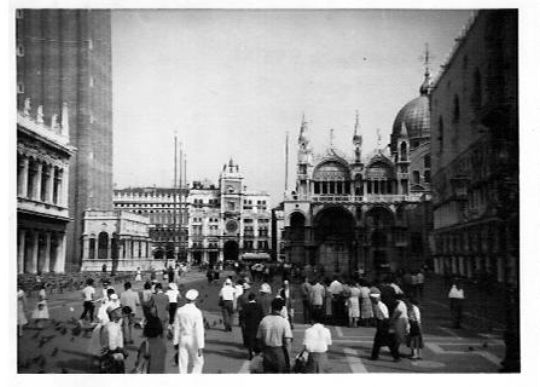 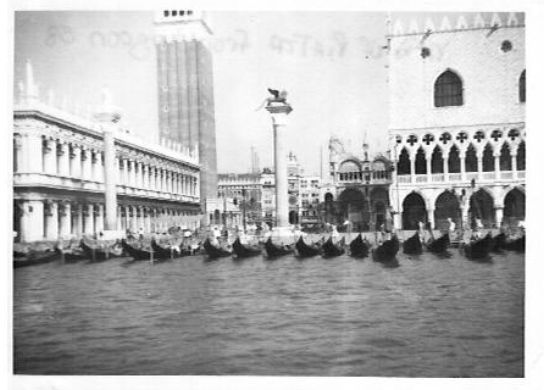 2 thoughts on “To Roger”