Dallas, Texas is the ninth largest city based on population and is in the fourth largest metropolis of the USA. A few prominent neighbourhoods include Downtown, Uptown, Oak Cliff/Bishop Arts District, and Deep Ellum. 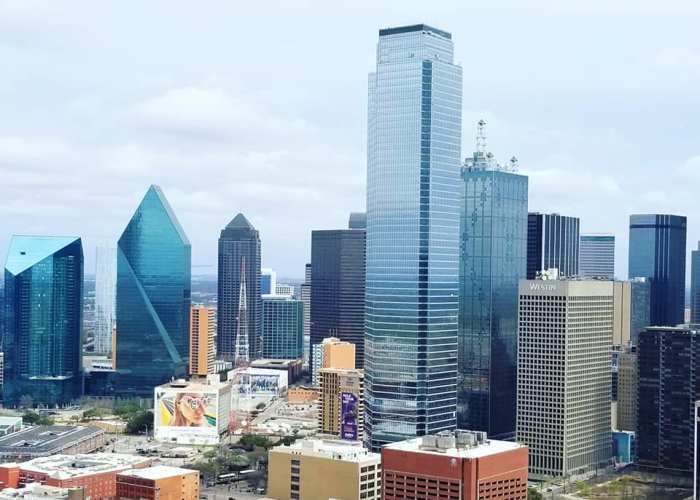 Dallas is the home of the Dallas Cowboys and Mavericks, and the birthplace of Dimebag Darrell, Erykah Badu, Norah Jones, Sharon Tate, Clyde Barrow & Bonnie Parker, Elliot Smith, and many more icons.

My song for this walking itinerary is “Walk” by Pantera. This is also a tribute to Dimebag Darrell who, like JFK, was tragically shot and murdered.

There are countless travel websites with lists of places you MUST SEE, but most are overwhelming because you have to sort through every fast food franchise to find a good restaurant and Google search each patch of grass they have the nerve to call a park.

When you don’t have a lot of time to get the feel of a new city, the artistic liberty some writers take can be misleading and frustrating. 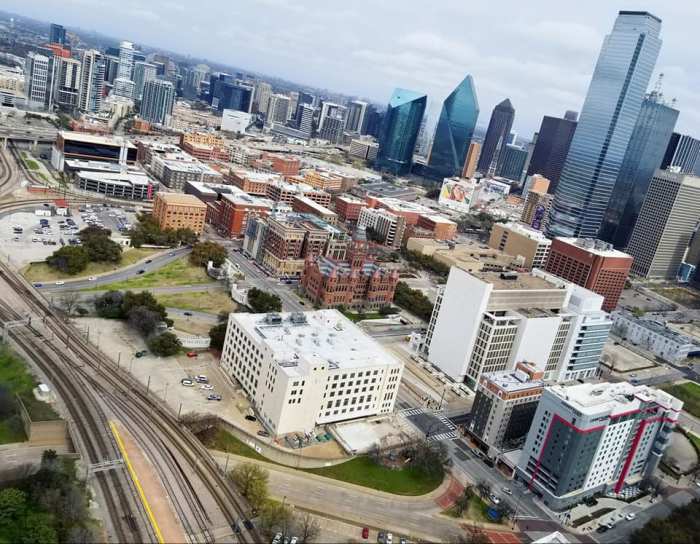 View from Reunion Tower with Old Red Museum near the center and Dealey Plaza/ Sixth Floor Museum/Grassy Knoll to the left.

Another problem is that the lists of Must-See places are spread out all over the city without any logistic efficiency.  After spending a week in Dallas I have filtered out most of that to create this list of essential downtown places I enjoyed, and that you could realistically visit in a two-day weekend.

There are endless ways to explore Dallas but this itinerary is tailored to those of you who are more interested in culture vulturing, in-depth history, and quick no-hassle meals. 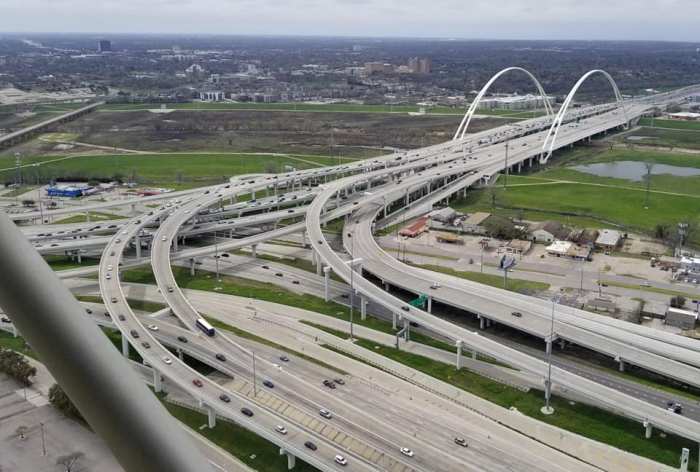 1. Cindi’s NY Deli (30-45 minutes)
Before trekking out, stop by Cindi’s for a big breakfast and take some Challah or bagels to go, in case you get hungry before you reach the Omni Hotel stop.

I had an order of delicious latkes that was way more food than I anticipated, and some excellent locally roasted coffee. Cindi’s is open daily from 8 am – 2 pm and prices are modest for Dallas. 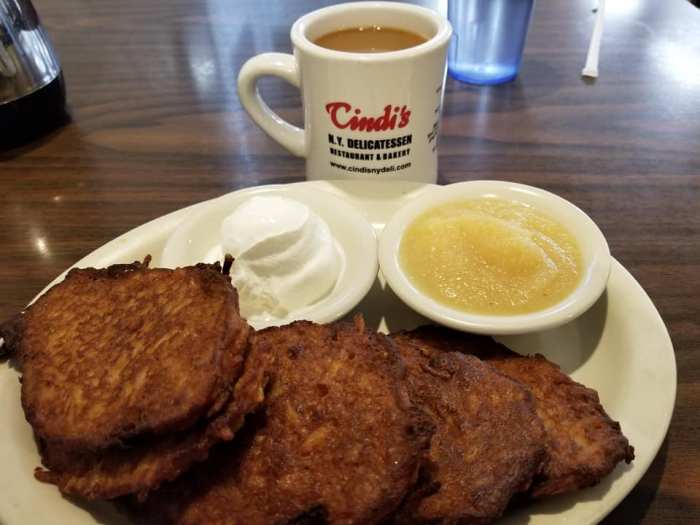 2. Old Red Museum (1-2 hours)
A few blocks away, just across the street from Dealey Plaza, you can not miss the giant red brick castle-like building.

The Old Red Museum holds all of Dallas County’s history and culture. General admission is $10 and they are open 9 am – 5 pm daily, unless there is a special event.

3. John F. Kennedy Memorial Plaza (15 minutes)
Behind the Old Red Museum is the JFK Memorial Plaza. It is not attached to the Sixth Floor Museum but is part of the same organization, and it is free to visit at any time.

There is a memorial plaque in front with a poignant telling of the particular heartache the people of Dallas suffered due to JFK dying in their city, and how they came together to create this monument.

At night, as the walls sit elevated about 2.5 feet off the ground, the lights in the base of the structure make the monument appear to be floating in air on top of the light. 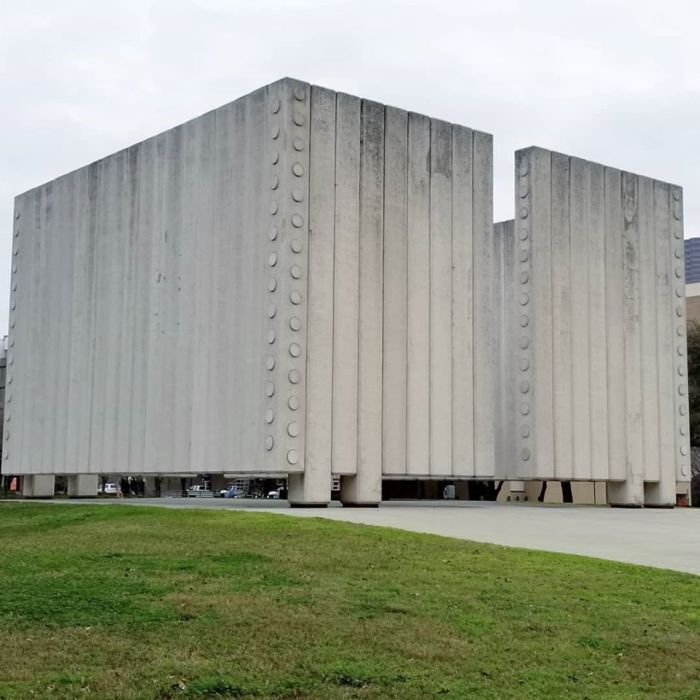 4. John Neeley Bryan Cabin (5 minutes)
Steps away in Founders Plaza, check out this suspiciously out of place log cabin. John Neeley Bryan was a lawyer-turned trader from Tennessee who was the first to build a cabin along the Trinity River here at the start of the 1840s. He is unanimously credited as the founder of Dallas.

This replica cabin was relocated many times, but has remained here on display since 1971.  You can walk up and view the exterior for free. 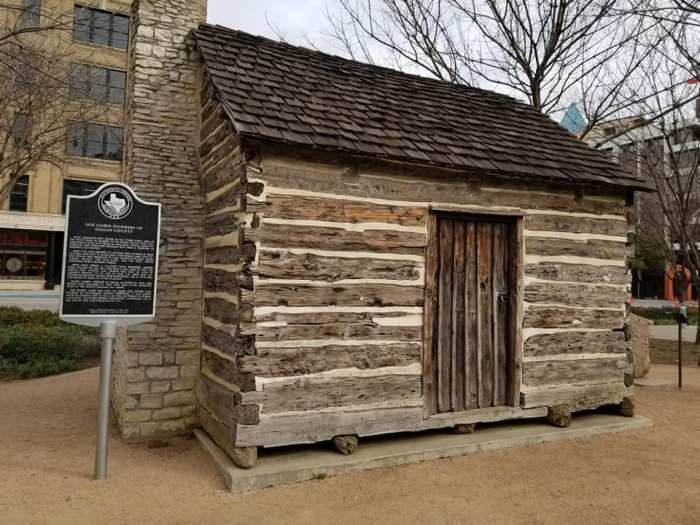 The museum holds a massive collection of info about his life, the events leading up to his murder, national coverage, how it affected people around the world, trials, attempts at justice, and all the wild conspiracy theories that came from it.

You can check out much of the material online, and request an appointment in the museum’s Reading Room for access to more.

General admission was $17 and they are open daily from 10 am – 6 pm, with the exception of 12-6 on Monday. You will need to purchase your admission across the street in the museum’s gift shop/cafe.

6. Grassy Knoll (15 minutes)
After you leave the Sixth Floor Museum, walk down Elm Street along the Grassy Knoll to piece together the imagery and facts you have picked up about the assassination and events leading up to and unfolding afterward.

When you look up at the window where Oswald was stationed, you can see a box near the glass. The city has installed an Earthcam that now lets you view Dealey Plaza and the Grassy Knoll from anywhere in the world.

You can stand in the very spot the second shot allegedly came from at the end of these white columns.

From that spot, you can see exactly where JFK’s motorcade ventured downhill. It is equally morbid as it is fascinating that there are two giant X marks painted on the street to show where the shots struck.

7. Dealey Plaza (10 minutes)
There is a common misconception that Dealey Plaza’s history and naming is somehow connected to the assassination, however that is just where it took place.

Dealey Plaza is named after George Bannerman Dealey, a British immigrant known for being the owner of the A. H. Belo Corporation, and more specifically for publishing The Dallas Morning News.

He was praised for having strong morals, acting with integrity, and using his publication to speak out against racism, the KKK, oil drilling, and anything else he felt was unethical in the face of harsh criticism. 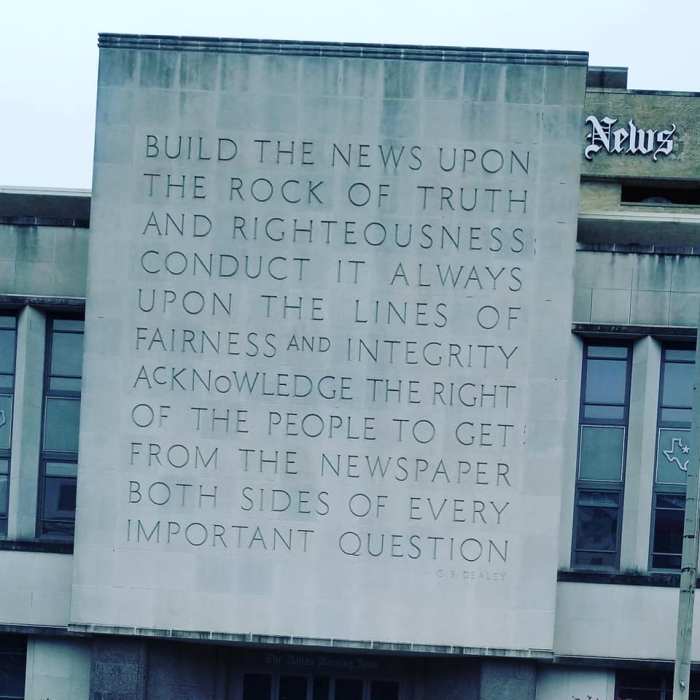 G. B. Dealey, quoted on the front of his old news station in Dallas.

His newspaper shaped and documented Dallas’ current events and issues for decades, but as it happens, you can view all of the assassination-related landmarks best from standing in Dealey Plaza.

8. Reunion Tower (1 hour)
A decade or so after Bryan built his cabin on the riverbanks, a group of Belgian, Swiss, and French settlers moved in and started their version of a Socialist Utopia called La Reunion.

At its height, over 800 people were part of the colony that ultimately ended due to harsh blizzards and inability to grow crops.

Reunion Tower on the left. Photo shared from Visit Dallas.

The Reunion Tower was named in homage to La Reunion and is one of the top tourist spots in Dallas because of the Geo Deck, a 360 degree viewing platform from almost 500 feet above the city.

Cloud 9 Cafe and Wolfgang Puck’s 560 are both revolving restaurants located above the Geodeck. Pick up a coffee and sit by the windows in Cloud 9 any time, but you may want to make a reservation to eat at 560.

Enter the tower and walk downstairs one level to purchase your ticket. It will cost $18 by itself, so consider purchasing a JFK Tour combo pass or even a Hop On/Hop Off Trolley combo pass to save money. 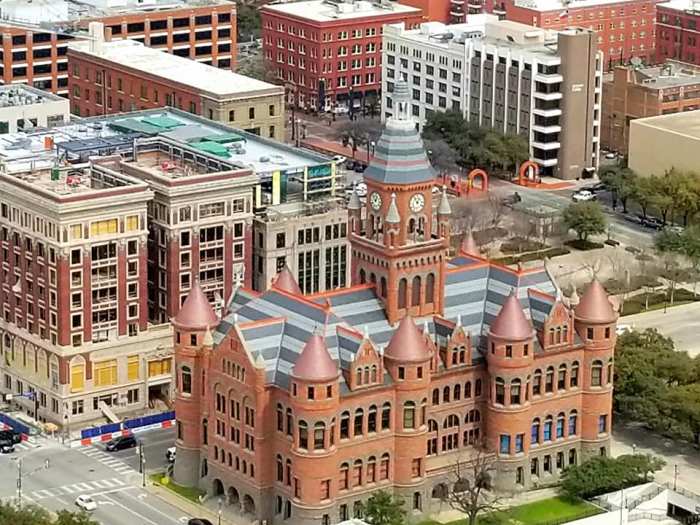 9. Omni Hotel Restaurants (1 hour)
Generally large corporate hotels and restaurants lose me, but there is a complex outside the Omni Hotel that has some interesting dining options.

Black Ship Little Katana is an Asian-Fusion restaurant that I had read about online before the trip, so I was already anticipating this late lunch visit. 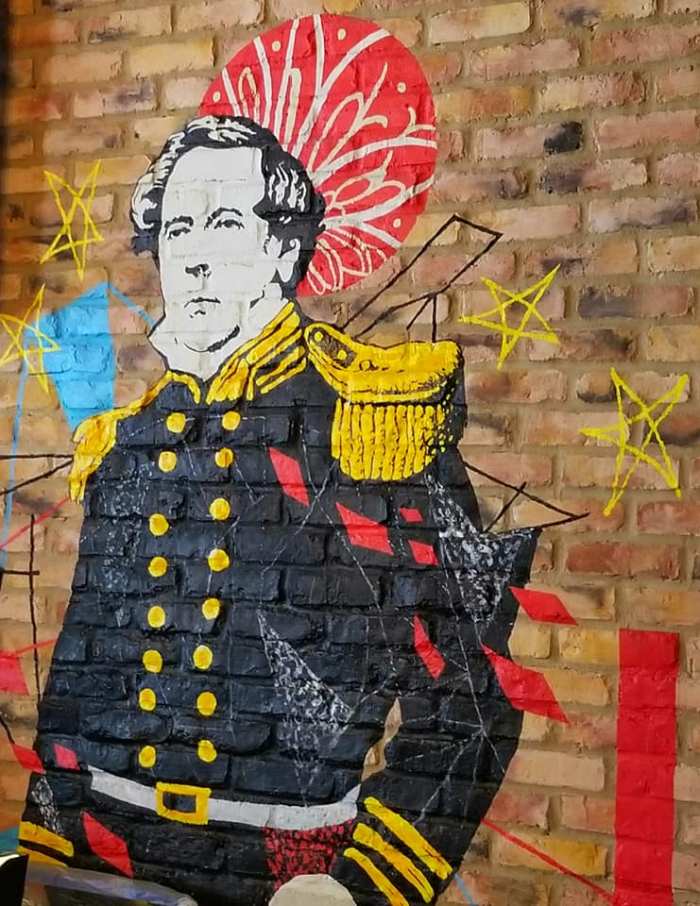 I was not disappointed by the beef yakisoba and veggies. You can also choose from the Biergarten, Texas Spice, Cafe Herrera, Bob’s, Coal Vines, and the Owner’s Box in the same building.

10. Pioneer Plaza (15 minutes)
Just a few blocks away from Omni Hotel is the Pioneer Plaza, the site of world-renowned bronze Cattle Drive Sculptures by Robert Summers. 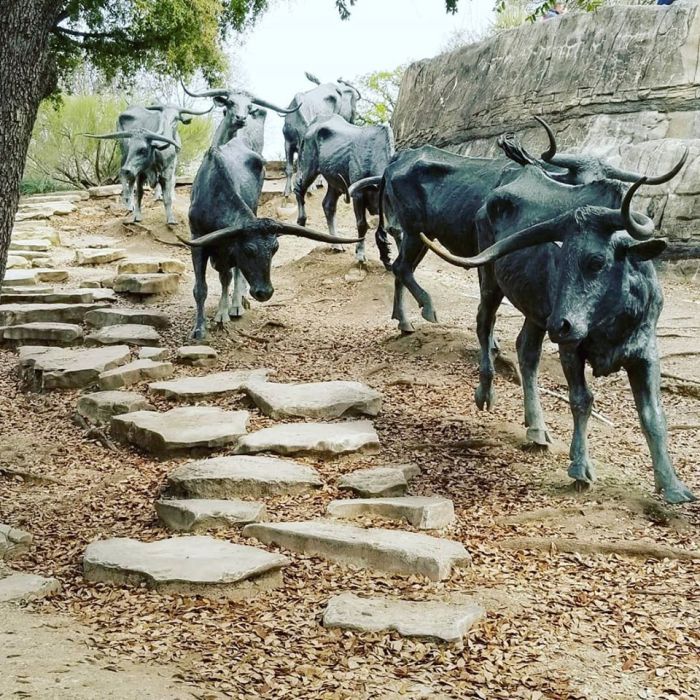 As part of the Texas Trees Project, the statues were installed in 1994 and you can read more about that here.

*Nightlife
Since much of downtown closes around rush hour, plan to spend the rest of your day/evening in the Bishop Arts District. The district is only minutes from downtown and has over sixty independent shops, cafes, restaurants, galleries, etc.

An alternate suggestion would be visiting the Uptown area for dinner and drinks. The Katy Trail Ice House, Tipsy Alchemist, The Rustic, and many other awesome bars and restaurants are just minutes away in Uptown.

I spent much more time in each of those areas, but you can check out my linked blogs in advance to help you find your target locations.

1. Ellen’s Cafe (<1 hour)
Ellen’s is one of the few non-hotel restaurants in this part of downtown that serves breakfast, and they do it well. Check out their breakfast menu.

While you are in this area known as Historic West End, check out some of the cool shops like Wild Bill’s.

2. Dallas Holocaust & Human Rights Museum (1-2 hours)
After my experiences in Dachau and Berlin, I recommend visiting any Holocaust Museum or exhibit bright and early in the day with something positive and engaging afterward to lift your mood, or at the end of your day so you can go home and reflect.

Plan to have a snack and process your thoughts afterward, because it can leave you feeling heavy. If you don’t think you can handle this or it’s not your thing, start with the Dallas Aquarium or head straight to the Perot Museum instead. 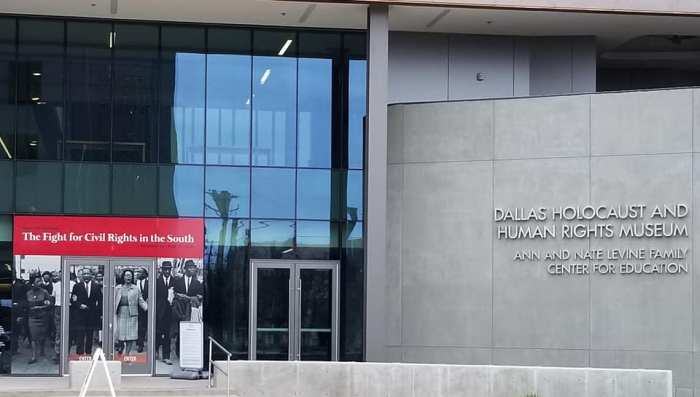 3. Perot Museum of Nature & Science (1-3 hours)
A visit to the Perot Museum is full of wonders that can help you reground yourself and distract you from any intense feelings after visiting the Holocaust & Human Rights Museum.

Getting from the DHHRM to the Perot Museum can be a little tricky or dangerous near the highway so if you do not have a trolley pass, I would take an Uber. 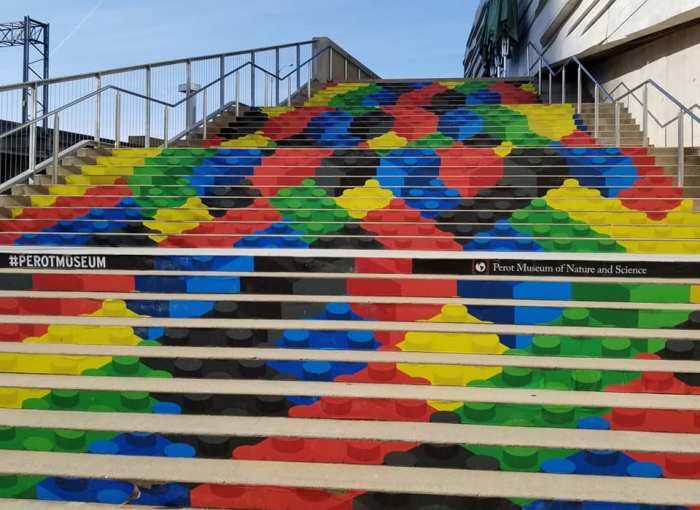 Check out my Uptown blog to learn more about the the Perot Museum, as it is also claimed as an Uptown institution. 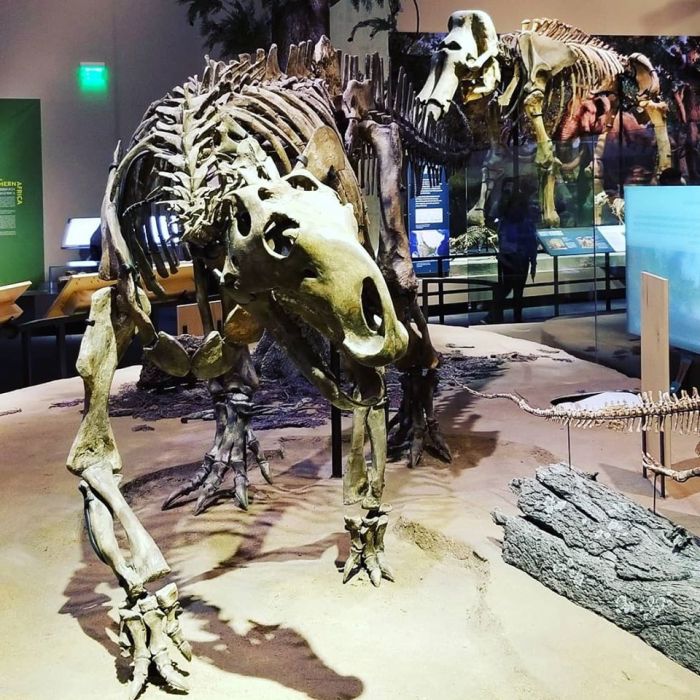 4. Dallas Museum of Art (1-2 hours)
The entrance is part of the same block as the Nasher Sculpture Center and the Crow Museum of Asian Art. You can also learn more about the DMA in my Uptown blog.

*Nightlife
Plan the rest of your day/evening in the Deep Ellum District for shopping, food, drinks, and a healthy dose of subculture. I could have spent days here, myself.

Don’t threaten me with a good time @ Peticolas

Both of these day routes include around 1.5 miles of walking from stop to stop, but also consider the amount of walking/standing you will be doing inside and wandering the districts.

Bring a drink and snack, wear comfy shoes, be aware of your surroundings, and have a map or navigation app handy.

As rebellious as I can be sometimes, I have learned to appreciate the value of Hop On/Hop Off Trolley tours in larger cities. A one-hour trip can help you gather your bearings, get a layout of the city, figure out where the places you want to visit are located, and put them in an appropriately logistical order.

Typically when I travel, I prioritize visiting botanical gardens and nature centers, but during cold late-winter weather I opted for indoor museums and the arts instead. When I return, some of my first stops will be at the Dallas Botanical Gardens & Arboretum, White Rock Lake Park, and the Discovery Gardens. Dallas has SO much to offer!

As a bonus, here is Otis Spann’s “Sad Day in Texas” off the Testament Records compilation album Can’t Keep From Crying: Topical Blues On The Death Of President Kennedy.

Staying in Dallas longer than two days? Get lost in Deep Ellum.
And don’t forget to subscribe!