I moved to Oak Ridge, Tennessee when I was 19. It was an unfortunate time because the industrial plants and historical sites were not yet open to the public for touring. The mall was wheezing its last breath, the used books/music store was going under, and hardly any of the places you can find entertainment in now had existed.

I lived directly behind Jackson Square past Chapel on the Hill in a standard issue 768 square feet, 2-bedroom, type-A house built in 1943 like most of the others nearby. My time there was brief. I did not know the significance of that when I saw the paperwork, and regrettably, years passed before I learned about Oak Ridge’s secret history.

John Hendrix had a vision near the start of 1900 that “Bear Creek Valley some day will be filled with great buildings and factories and they will help toward winning the greatest war that ever will be…they will be building things and there will be great noise and confusion and the earth will shake. (Robinson)”

He died in 1915, over thirty years before that came about. 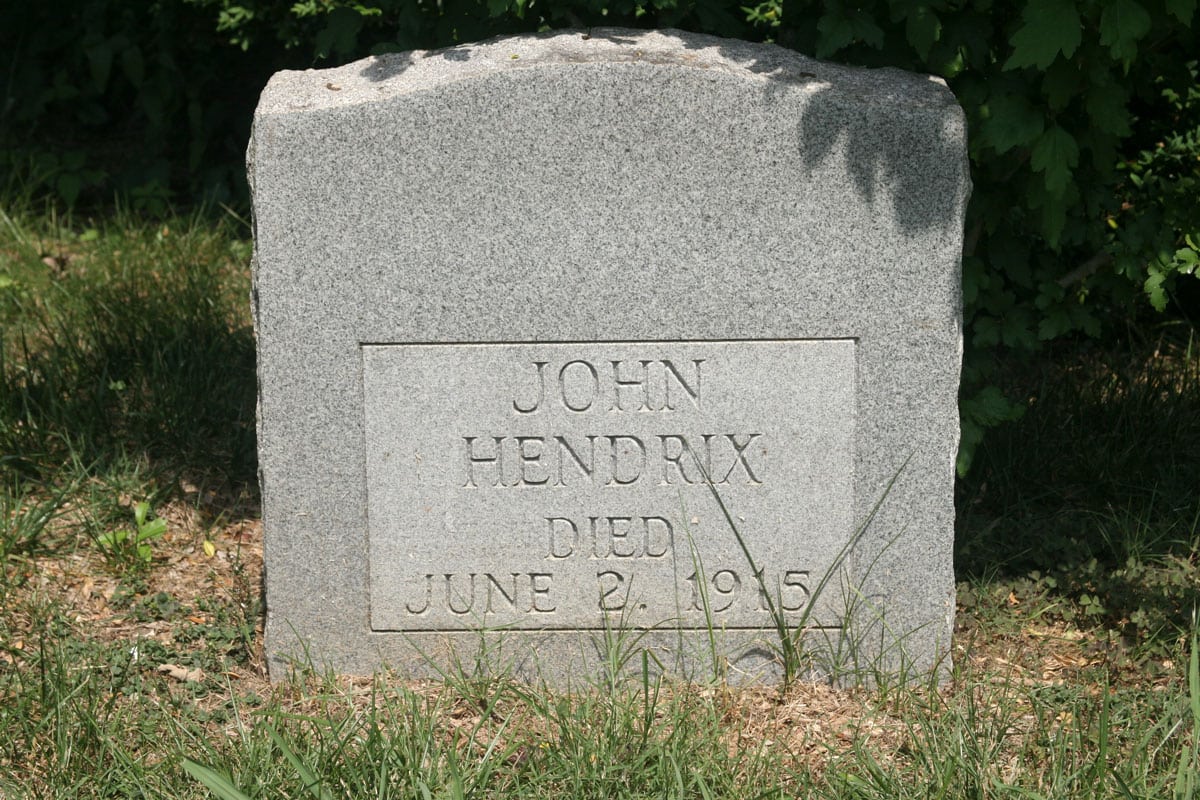 Image credited to the Tennessee Magazine

Clearing the Path
Not too long after the federal government forcefully wiped out countless homesteads in Norris, TN it went after families on the other end of Anderson County where it nestles into Roane County. First it was to create the Great Smoky Mountain National Park. Then it was to create the Norris Dam. This time, sacrifices were to be made to end the War.

Hundreds of families were displaced with little or no notice. New living arrangements were not made nor offered. While the community had scarcely survived the Great Depression, many families did not survive this. Where does one go when generations of their kin have lived, worked, and survived on the same isolated plot of land?

Textiles, lumber, and wire from confiscated homes and farms were re-purposed into security fences and crude shelters, and only a few of the nicest structures were kept for top personnel. Any complaints by new inhabitants were redirected:

Photo taken by me, credited to American Museum of Science and Energy

Construction began in 1942 and workers were being shipped in immediately, before windows were even installed and buildings completed. Recruits boarded trains with no information of where they were being sent, of their job titles or descriptions, or of how long they would stay.

Scores of military personnel were drafted indefinitely to a new top secret project in lieu of the battlefield overseas. Most people, even decades later, remember the abysmal, ubiquitous mud.

Employees of each phase of the project were kept in the dark, required to use code names, and forbidden to converse with anyone else about what they did. No one was allowed to put the pieces together, or share any details with family back home.

Over 80,000 people worked around the clock in shifts, performing repetitive tasks with unknown materials for who knows what. Under no circumstances would anyone, not even the few that knew, mention the makings of the Atomic Bomb, known as Little Boy.

Photo taken by me, credited to the American Museum of Science and Energy

My song for this entry could not be anything but OMD’s “Enola Gay.” Enola Gay is the name of pilot Paul Tibbets’s mother, and his B29’s namesake, with which he dropped the bomb “Little Boy” over Hiroshima in 1945.

Manhattan Project Plants
When Oak Ridge first began as a reservation, it was called Clinton Engineer Works, and this site was one of three. So much can be said about each plant, but I will leave specifics to be discovered during a visit.

Y-12 was the Electromagnetic Separation plant, using calutrons to vaporize uranium through magnetic racetrack-like features. Y-12 produced most of the uranium and is considered the most successful of all. Today the plant is still in operation, but the calutrons have been shut down and the missions have changed.

X-10 is the home of the Graphite Reactor, and the first plant built for the Manhattan Project. Workers produced fissile plutonium here and the design was so efficient it was used as a model for additional reactors across the country. X-10 is now the site of the Oak Ridge National Lab which includes the Spallation Neutron Source and other facilities. 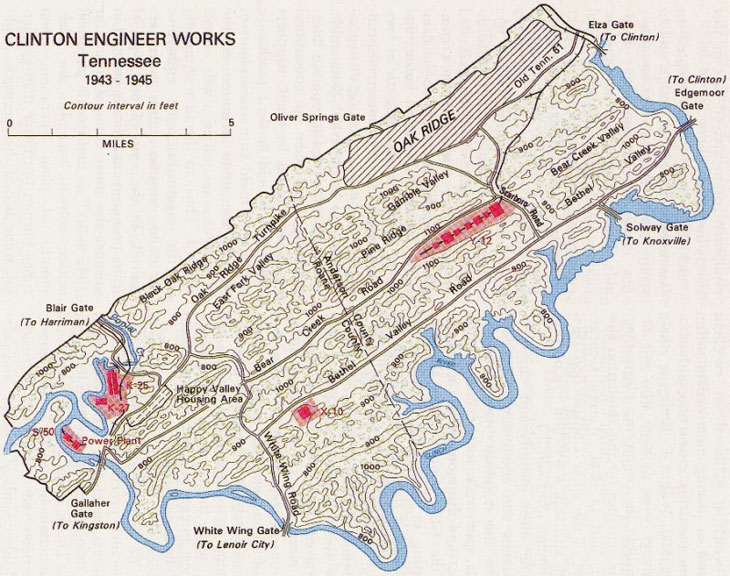 K-25 was the site of the Gaseous Diffusion process to enrich uranium. You can take a virtual tour of K-25 here. At the time, K-25 was the largest building in the world. The nearby housing complex for workers was known as Happy Valley, though it was anything but that.

S-50 was the Liquid Thermal Separation plant and shared the same lot as K-25. By using massive amounts of steam this facility was able to separate uranium isotopes as they moved through massive columns. This process is considered the least effective, as it produced the least significant results.

Life Behind the Gates
Town Centers were created within each plant so that workers could purchase food, clothing, and other comforts of home. These centers also boasted sport fields, theaters, music halls, 24/7 cafeterias, and more.

Townsite, now known as Jackson Square, was the top place to be. This three-sided open plaza is still packed with restaurants, a theatre, gift shops, antiques, a craft mall, and other businesses.

Further down Oak Ridge Turnpike was the Grove Center recreation hall and skating rink. Today you can find the Oak Ridge pool, dive bar, a florist, dog salon, a bakery, a convenience store, community center, plus a variety of other shops and offices.

Near K-25, Happy Valley’s “Coney Island Fairway” was a major attraction for sideshow and music, dance nights, and social clubs. Sadly, most buildings inside the K-25 community have been demolished, as was over half of the plant itself. The dilapidated site is now called the East Tennessee Technology park, but efforts being made toward revitalization are not worth noting.

The Midtown Community Center and the Jefferson Center had their offerings as well, parts of which are still in operation. Outside of these centers, workers took advantage of the surrounding mountains on their days off, and also made trips to Ritz Club in Clinton and the Plantation Club near Rockwood.

Questionable Affairs
Justifiably, there were many scandals surrounding the Manhattan Project, but the ones that still linger have nothing to do with the bomb. The most chilling is the story of Ebb Cade and many other Black/African American workers who were hospitalized for common injuries but kept for long periods of time while subjected to medical experimentation.

Cade and the others were injected with toxic chemicals to study the effects and reactions of exposure to radioactivity without their knowledge or consent. This article from the Oak Ridger details the experiments a bit more in depth.

Black/African American workers in general fell victim to the repercussions of segregation, even within the confines of this secret project. Black married couples were not allowed to live together in the same dwelling together and their children were not welcome. 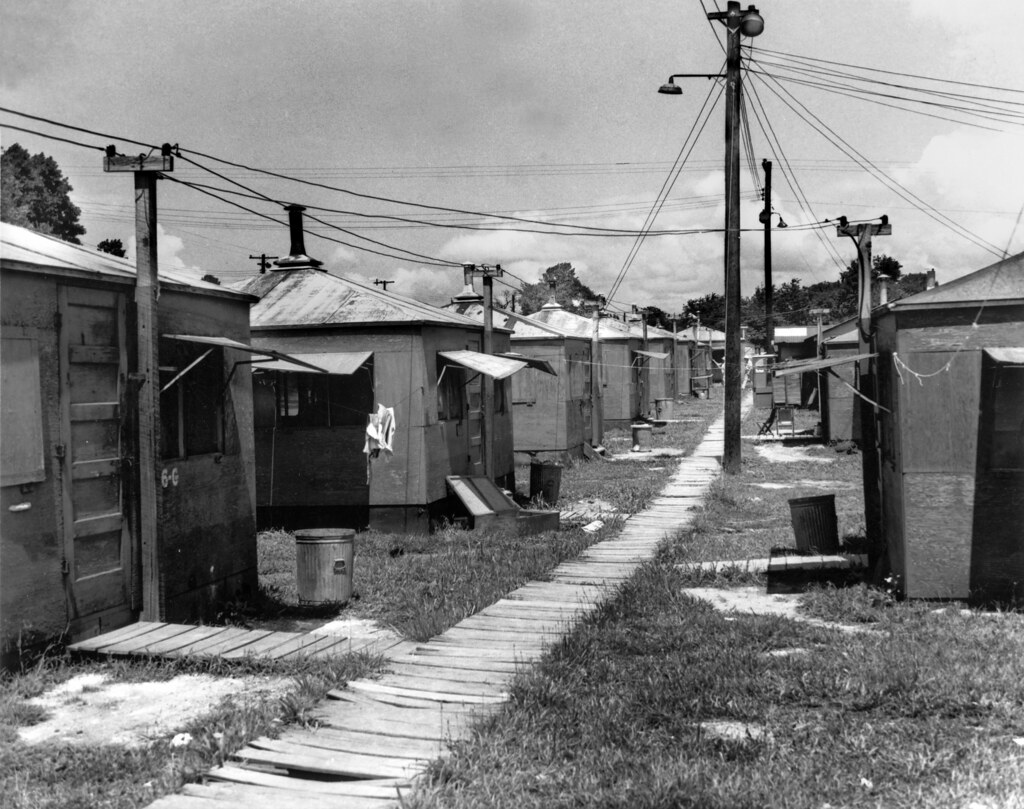 Strict visitation rules were imposed and black men could not visit any dwellings except their own. In many cases black women bribed guards so they could visit their husbands, all the while missing their children who were living back home with relatives.

Additionally, black workers were kept in crowded shacks known as hutments that were much further away from the town centers and often surrounded by fences and guards. Meanwhile their white counterparts were assigned to dorms, apartments, cottages, and Alphabet houses depending on their marital status and number of children. 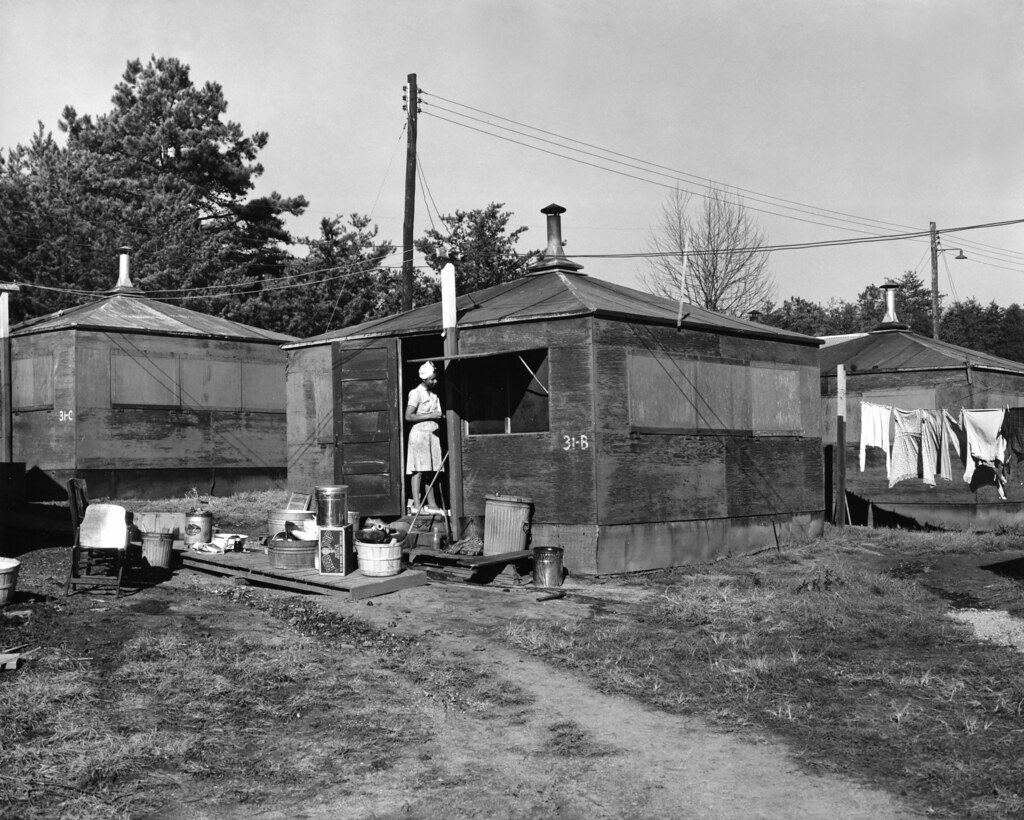 The Atomic Heritage Foundation has documented this further in the article African Americans and the Manhattan Project. As a result, over half the black workers chose to live and commute from outside of Oak Ridge. It is outrageous that the government chose to uphold segregation even behind closed doors during a time when absolute unity, sacrifice, and devotion from all parties was vital.

One scandal that I have yet to get to the bottom of is why Monsanto was operating out of the X-10 base during the project. Due to lack of free and available documentation, one can mostly speculate for now.

Photo taken by me, credited to American Museum of Science and Energy

Strangely enough, while attempting to find some answers about Monsanto’s role in the Manhattan Project I learned that the owners were particularly interested in nuclear reactor development and that a facility in my hometown Dayton, Ohio had been functioning as Monstanto’s head of operations. Leland Johnson & Daniel Schaffer’s book Oak Ridge National Laboratory: The First Fifty Years seems to be the most transparent resource so far.

Behind the Lens
Much of what we can see from life inside the Manhattan Project would not be possible without the officially-appointed photographer James Edward Westcott.

He was commissioned in the earliest days to document the progression of plant construction as well as life inside the fences. A continuously growing collection of his work can be found here.

After the War
Hopefully everyone knows how World War II ended. Since then, the city of Oak Ridge has crossed decades of hurdles to free itself from military control, establish and stabilize local economies, and to re-purpose old facilities into modern, functional ones.

In 1955, President Eisenhower signed the Atomic Energy Community Act that allowed self-governance of Oak Ridge, as well as private land and home ownership by its citizens. Later in 1959, Mayor Clement signed Oak Ridge Law into effect, which allowed the city to incorporate, and finally in 1960 Oak Ridge took its first steps to becoming a normal little Tennessee town.

The Japanese gifted the United States with the Friendship Bell, which currently resides in A. K. Bissell Park, and will soon be relocated to a new “Peace Plaza” next door.

Gamble Valley, the postwar trailer camp community created for black families, is now known as the town of Scarboro. The Museum of Atomic Energy, later renamed the American Museum of Science and Energy, was opened in 1949 and has drawn researchers and tourists alike to this corner of East Tennessee.

Hundreds of contributors, scientists, inventors, and others have received accolades and awards for their work in the Manhattan Project era, and international agents of the Oak Ridge National Lab continue to do so each day. ORNL is ran by the United States Department of Energy and is the main center for storing and processing nuclear materials.

Touring History
Now that a large portion of Oak Ridge has been granted honours by the U. S. National Parks Service to become part of the Manhattan Project National Historical Park , many sites have been opened to the public with limited access.

The American Museum of Science and Energy (AMSE) offers a Department of Energy bus tour. For the $5 admission ticket to the museum, you can board the bus at 11:15 and get the 2.5-hour behind the scenes tour. Be advised that there are strict rules in place that determine where you can and can not venture or take photos.

If you are interested in present-day features of Oak Ridge and fun things to do, check out my blog Weird Science in the Secret City

6 thoughts on “Secret City of Bombs and Mud”