Georgetown, South Carolina was founded in the early 1700s as a colony settlement, named after King George II of England. Being positioned right at the convergence of the two rivers Great Pee Dee and the Waccamaw made it a high profile seaport, especially in the 1800s and 1900s.

Today its Port of Georgetown is the second largest sea port in South Carolina and handles nearly one million tons of products through its passages each year. The Winyah Bay still holds the sunken Harvest Moon, a Union ship that was inadvertently taken down in 1865.

While the water level was shallow even back then, erosion and mud has covered all but the top deck of the ship. Everything else is swimming with the fish.

That being said, my song for this entry is “Pisces” by Jinjer.

By the mid-1800s, Georgetown was the source of nearly half the total rice production in the US, and was the largest rice exporter in the entire world. Unfortunately, the economic gains that made Georgetown the wealthiest county out of all 13 colonies came from, you guessed it, slave labour. 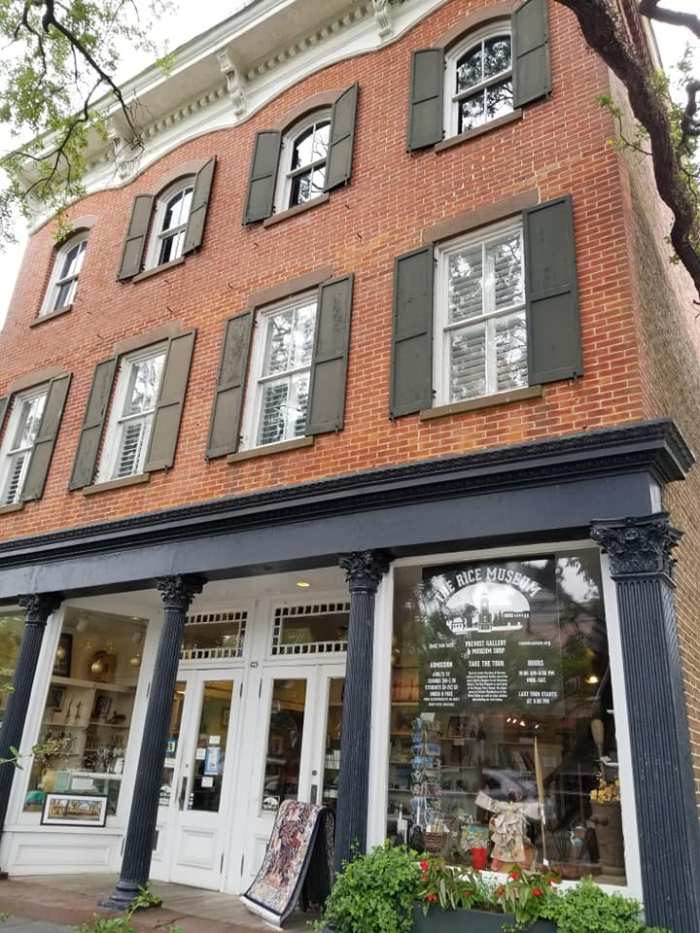 Fast forward a few decades to when the agricultural industry and demands changed, and production slowed down. In later years, building fires and devastating storms wiped out much of the infrastructure.

Visit the Rice Museum to learn so much more.

In addition to economic success, Revolutionary and Civil War significance, and marine studies, Georgetown is famous for many of its people and places. The Stewart-Parker house is where George Washington spent the night during his tour in 1791, and many other former US Presidents frequented the area in following years.

In 1870, resident Joseph Hayne Rainey was the first Black/African-American voted into the House of Representatives and his home is still standing. It was closed when we were there, but I learned that he also fought in the Civil War, served in the Senate, aided the Constitution, and even worked as a revenue agent. 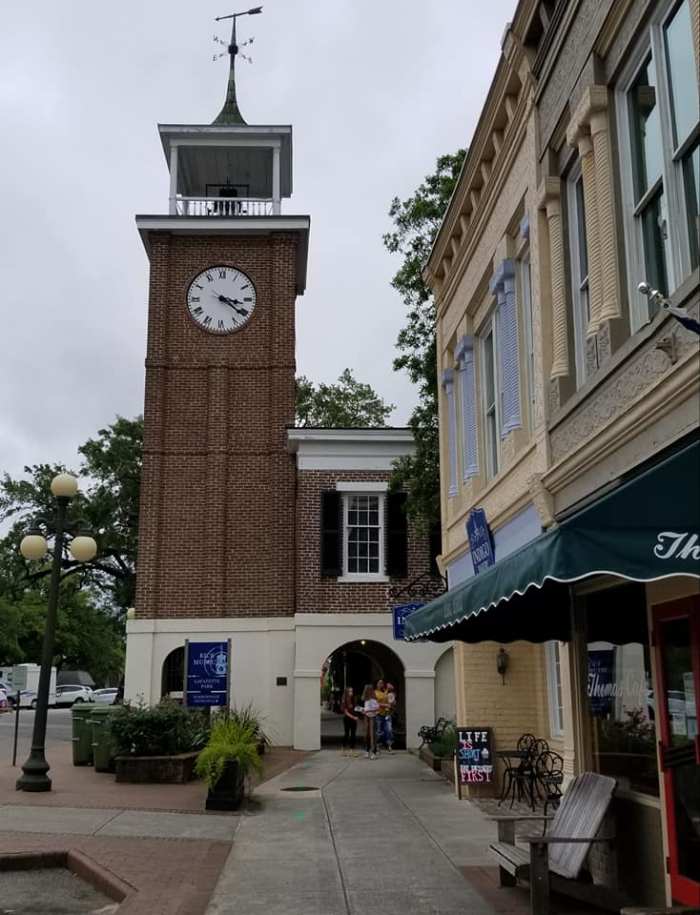 Former mayor William Doyle Morgan is credited for turning the city into one of the first urban areas during his position that covered the turn of the 20th century, and you can visit his historic home.

In the 15 years he held office, Doyle had the streets and sidewalks paved, had electricity and lighting installed, and put a modern water and sewer system in place. He oversaw the growing economy and improved conditions by reconstructing the harbour to improve access. 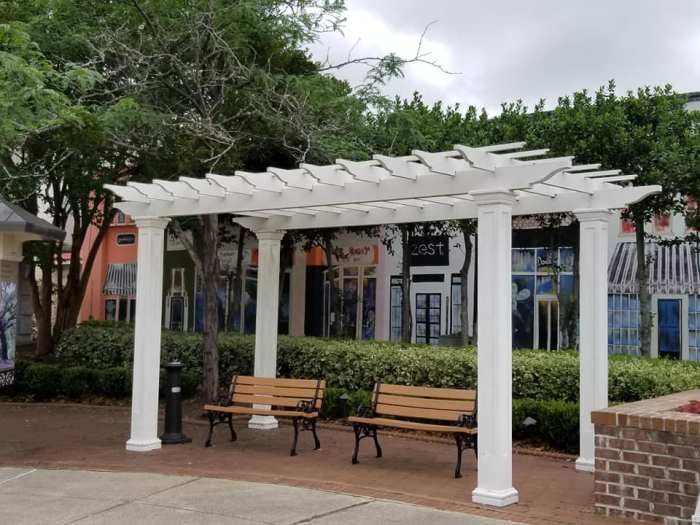 Michelle Obama’s grandfather is a Georgetown native and part of her family still lives nearby.

Modern Georgetown is known as “Little Charleston” and has around 10,000 residents in just seven square miles of territory.

The SC Maritime Museum is on Front Street in Georgetown’s waterfront area known as the Harborwalk. Its location here is perfectly apropos because of its deep history as a prominent harbor town.

Inside there are multiple info graphics, artful displays, relics, and artifacts. There was a poster in their gift shop that showed a bustling calendar of past and future guest speakers, boat shows, sailing camps, and demonstrations.

I purchased the book Hidden History of the Grand Strand by Rick Simmons and my favourite story is about the Harvest Moon. This side-wheel steamship was nearly 200 feet long and 546 tons of bad luck. Simmons noted that it “seemed to have the tendency to run into and over things” and its Captain had his own personal history of shipwrecks.

Harvest Moon was a passenger/freight ship before being commissioned as a war ship in the early 1860s. Its engine was repurposed from another ship, which was bad news according to sailor superstition of the time. The crew was wracked with rowdy behaviour, legal issues, and other mishaps. After multiple wrecks and groundings, the crew suffered many major embarrassments and failed missions.

Harvest Moon met its fate via an undetected test torpedo left behind by the Confederates before they fled the Winyah Bay. No one even suspected such a thing. 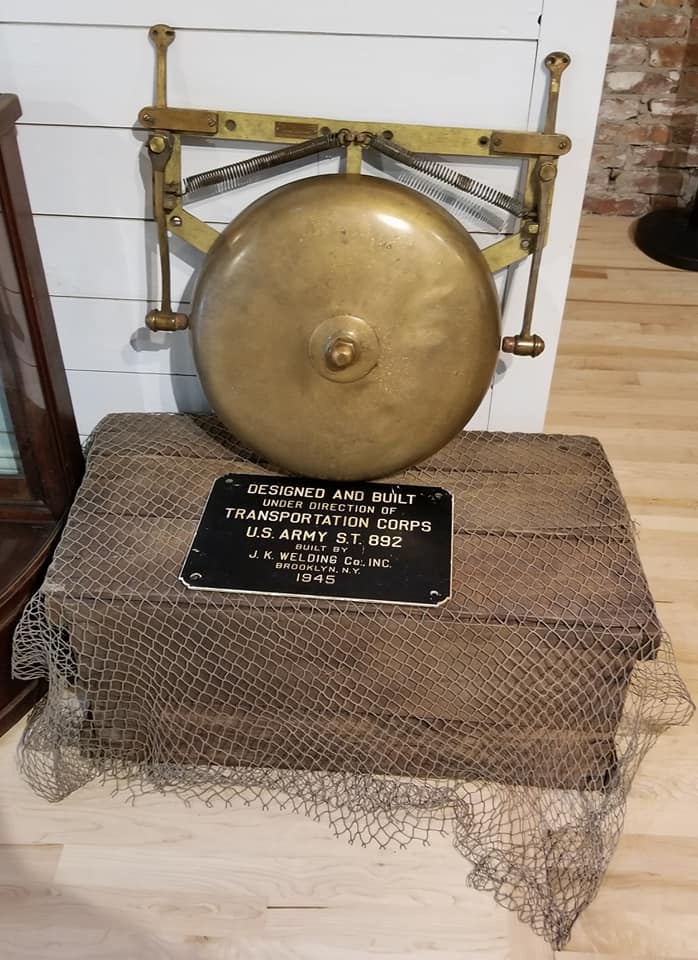 The famous Harborwalk of Georgetown runs parallel to its main road, Front Street, and is the town’s top attraction. The Harborwalk starts and ends on either side of the downtown district so you can see most of the shops and historic buildings within the blocks between.

A serene boardwalk leads you along the Winyah Bay past private condos and boats out on the sea, while you hallucinate reenactments of the stories you read about in the Maritime Museum.

I was impressed by how many businesses were open, and how densely packed they are with hardly any vacancies. Even the most notorious shopping districts typically have open spots or segments with no activity, but the Front Street shopping district is lively! 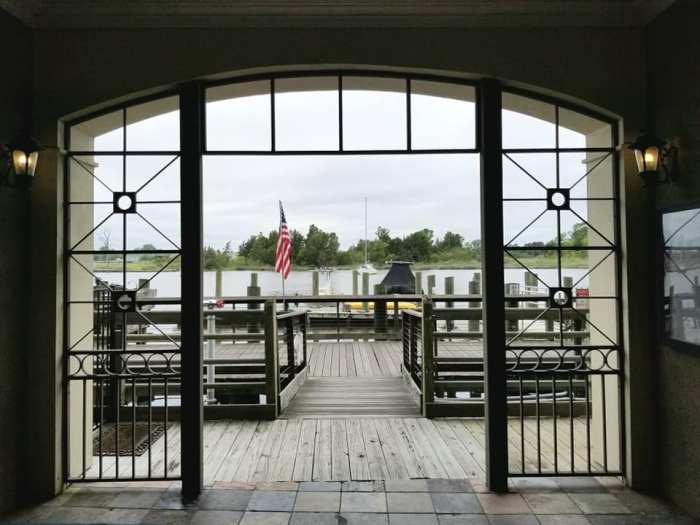 There was a mix of traditional store fronts and mini-mall corridors.

We splurged a bit at some of the gourmet foodie shops and clothing boutiques, and to our amusement, we both ended up buying one of the exact same cast iron bats without realizing it when we separated briefly among several vendor booths.

Screven Street is named after Elisha Screven who designed the town’s grid layout. The street names and addresses are still listed the same as they were when he first imagined them. 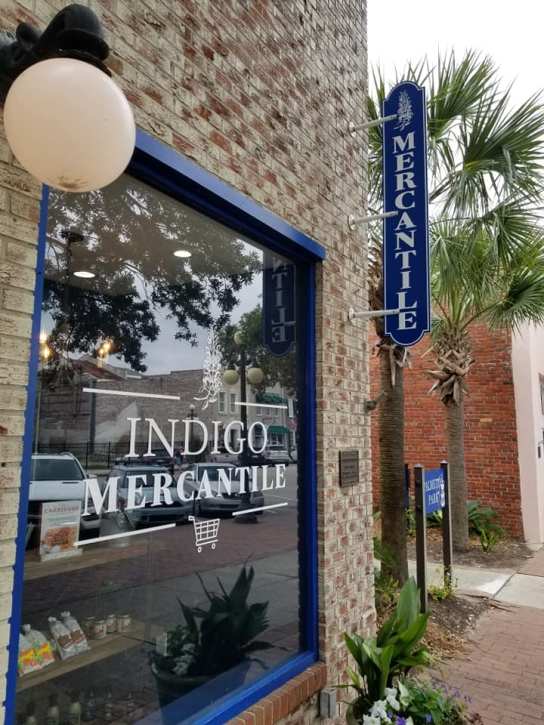 Georgetown has one of those small Carolina town feels that I melt for every time. It’s fun, diverse, and full of surprises. 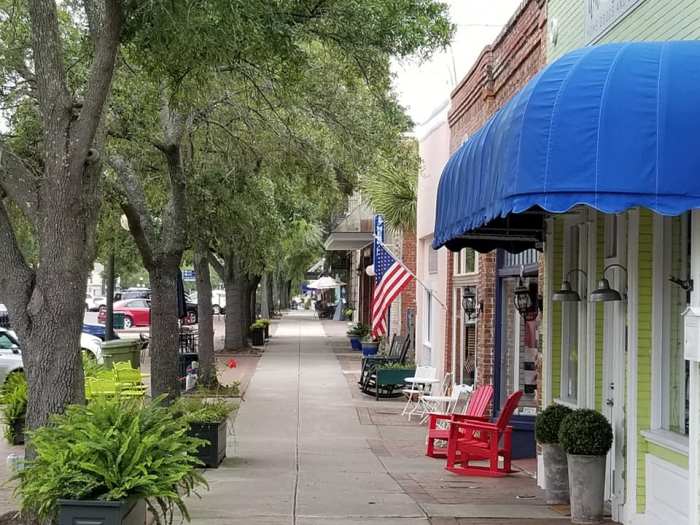 At the other end of the Harborwalk near the Town Clock, there is a booth to buy tickets for a guided tour if you prefer.

I enjoyed the serene parks, herb gardens, and floral beds around the Harborwalk and between buildings. Some of them had monuments and busts to honour town personalities of the past and present. 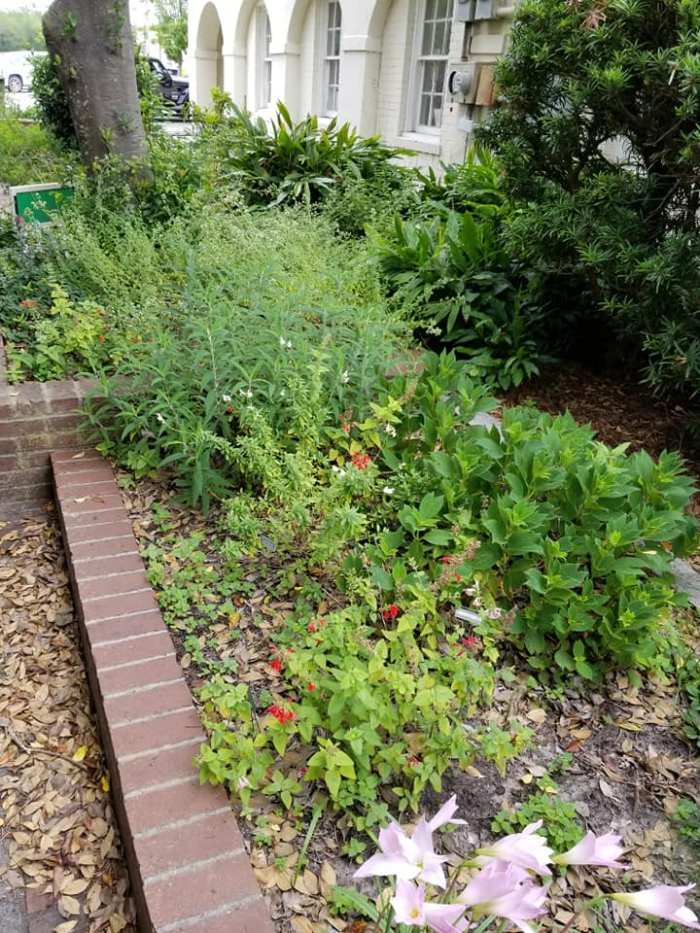 We chose Rollin’ Local for a mid-day cocktail. Mainly because it had just opened and only had one other person inside, and because we loved the architecture.

Above the entrance was a French Quarter style balcony supported by enormous black columns. And is there ever a bad time for a lowcountry Bloody Mary? 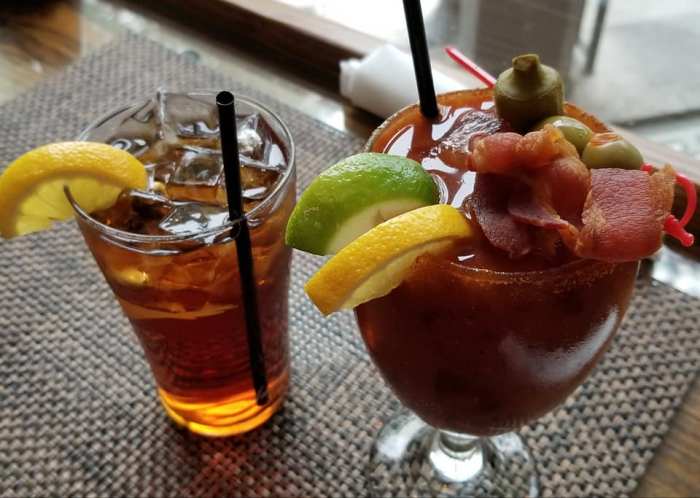 Georgetown made for a wonderful day trip of seaside leisure and learning new history. I regret not being able to visit the Georgetown Lighthouse but we were traveling during the time of COVID-19 precautions and social distancing, so many places were temporarily closed.

One thought on “Of Rice and Indigo, Of War and Sunken Ships”